I’m not the most ardent fan of modern Bollywood productions; most are too long for my liking (this one weighs in at just shy of 2½ hours) and I generally find the musical interludes grating and intrusive. But at least in Lucknow Central (and Qaidi Band, another just-released Indian film about the formation of a jail band) music is integral to the plot, and (despite what was an apparently poor reception from Indian filmgoers) it’s a far-from-disastrous prison film.

It is ‘inspired by’ true events: in 2007 the then superintendent of Lucknow Central Jail established a band, Healing Hearts, which has achieved great popularity in and outside the prison, now playing at weddings and other community events. But it also seems to draw some inspiration from other films, like Lucky Break (2001), that tell a similar tale.

In this fictionalised account of the Lucknow initiative, Kishen Girhotra (Farhan Akhtar) is a small town librarian’s son who dreams of hitting the big time in the music industry. He tangles with an Indian Administrative Service officer (a senior public servant) while trying to give a pop star a copy of a CD he has made, and later passes (and taunts) the same man whose car has broken down in the street. The following day he is arrested and charged with the IAS officer’s murder and, on the testimony of his friend Bunty who implicates him under torture by Police, is convicted and sentenced to life imprisonment. Hopeful of an appeal, he finds out that the family of the IAS officer is also pursuing an appeal in order to have the death penalty imposed.

After 18 months in Moradabad Jail, he transfers to Lucknow Central. As luck would have it, the Chief Minister – mindful of the positive publicity that might flow his way – is keen for a contest between bands from different local jails, and wants Lucknow to compete. The Inspector-General of Prisons is not so sure – Lucknow is full of hardened and evidently anti-Indi-pop criminals – and Lucknow’s hard-bitten superintendent, Raja Shrivastav (Ronit Roy) is even less enthusiastic. The Chief Minister reminds them that their prison uniform and that of the traffic police is virtually interchangeable; they become more supportive.

They engage Gayatri Kashyap (Diana Penty), a thorn in their side from an NGO working for prisoners’ rehabilitation, to form the band… or lose her job. Gayatri appears to be the only woman inside the whole prison… and she is stunningly beautiful. But she has trouble finding people who want to be in a band, which has the be the most absurd element of the whole film; she is so beautiful that you’d expect prisoners to queue up to join a program where they had to insert bamboo sticks down their fingernails if she were involved.

Kishen, alone, is enthusiastic. He still dreams of forming a successful band, but also recognises that the competition might afford him the opportunity to escape. His strategy stumbles at the first hurdle; on arrival at Lucknow, knowing that he wants to be part of the band, he feigns an inability to speak (not an great asset for any aspiring singer), which attracts the unwanted attention of Raja (“We believe in punishment, not reformation”) Shrivastav , who in response takes him to the gallows and feigns hanging him. Lesson learned.

Kishen, too, has trouble recruiting band members. He has no status in his new prison and is immediately targeted by the prison’s top dog, Tilakdhari (Manav Vij), whose gang spit in his food and beat him up. He is instructed by Tilakdhari to stab an old rival, Purushottam Pandit (Ranjesh Sharma), but Kishen emerges from a nasty confrontation with the older man on Pandit’s side. Tilakdhari’s contribution to the plot is no doubt to highlight the harsh realities of prison life, but finishes up undermining its credibility. Although Kishen fails to stab Pandit, absolutely nothing happens to him… except that Tilakdhari’s men Victor Chattopadhyay (Deepak Dobriyal) and the surly Parminder ‘Pali’ Gill (Gippy Grewal) – with whom Kishen shares a cell but who is too busy phoning his girlfriend each night to bother exacting revenge on his cellmate after lockdown – desert their boss to join Kishen and Pandit. Much later, Kishen attacks Tilakdhari without provocation – purely to create a diversion… and yet we soon see a surprisingly forgiving Tilakdhari dancing happily as Kishen’s band performs. Hmmm.

Anyway, Kishen convinces Victor (an engineer), Pandit (the head tailor) and Dikkat Ansari (Inaamulhaq), a cleaner with access across the prison, to join the band. They are all lifers who yearn to taste freedom again, and all bring useful talents to an escape bid. Pali convinces them that he, too, should be part of the group. Naturally, their musical efforts are awful to begin with, but improve to such an extent that Shrivastav (who is properly convinced that the group is intent on escape) uploads a video of their performance to social media, hoping that it will lead to Lucknow’s involvement in the competition being closed down. The video goes viral, the Chief Minister is delighted, and the band is offered (almost) anything they want to keep them on track.

As a result, all of the band, with the exception of Kishen (whose offence is “too high-profile”), are granted ‘parole’ – day release for a couple of days. All four come back miserable; life on the outside failing to match their expectations. Victor’s father, for example, has developed dementia and no longer recognised his son, and Pali’s beloved had somehow neglected to mention in her nightly telephone calls with him that she had married another man and was pregnant. “There’s nothing out there for us,” Victor moans… and they all lose their incentive to escape – but remain committed to assisting Kishen (whom they accept is innocent and not a real criminal deserving of punishment) in his quest for freedom.

The last part of the film – the running of the Jailhouse Rock 2017 competition inside Lucknow and the breakout bid – is as climactic as you would want it to be.

Is it any good? Like many Indian films, it has the full combination of pathos and bathos and drama and comedic moments… and sexual tension throughout between Kishen and Gayatri. And songs. That can be too much, but Roy’s superintendent is excellent throughout and Akhtar’s Kishen is consistently endearing. There are plenty of holes in the story from a prison-watcher’s perspective, matched undoubtedly by gaps from a music critic’s perspective (such as: How on Earth did they get to be so good so quickly?)… but it manages to bring together the vibrancy of Indian pop with the tension of a neat escape plot – and pulls it off. 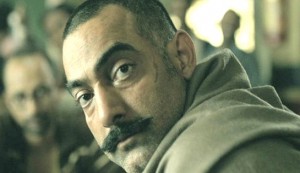 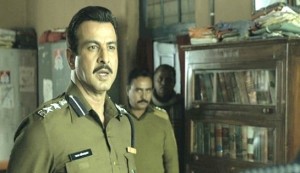 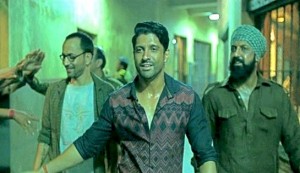 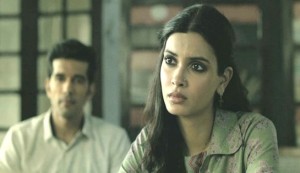