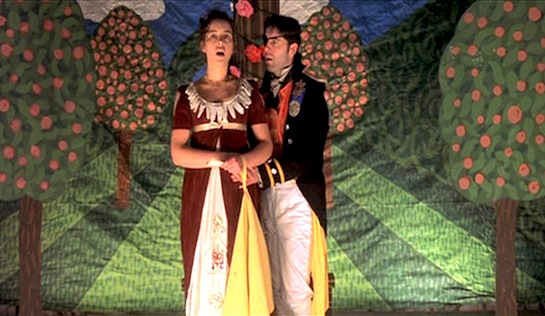 Romantic comedy is not the most common genre within prison movies, but that’s what this is. It forms part of what has become a fine tradition in recent British prison movies (Captives, Borstal Boy, Greenfingers), playing out a fascination for well-heeled women falling for ‘a bit of rough’.

The bit of rough here is an Irishman, Jimmy Hands (James Nesbitt) whom we first see horribly bungling an armed robbery, for which he gets a 12-year-stretch. But we know he’s got a good heart because as soon as he arrives at his new prison (seemingly filmed at the wonderfully foreboding Dartmoor) he sticks up for his vulnerable cellmate who is getting bullied by one of the senior officers. After a couple of quick trips to the slot, he latches on to the Governor’s penchant for amateur theatricals, and soon finds himself playing the lead in a gushing musical tribute to Lord Nelson, penned by the Governor himself. The Governor’s role, it must be said, as much resembles an upper class twit in a Monty Python skit as it does a prison boss, and would be no less credible if played by Ethel Merman. Anyway, the part of Lady Hamilton in the play is played by a young woman who appears to be the prison’s sole female staff member, Annabel (Olivia Williams), who runs anger management and other programs. The first meeting between Jimmy and Annabel – to discuss Jimmy’s rehabilitative program – had been predictably testy, so you know that they will ultimately fall for each other.

Oddly, in a jail where it seems she is the only female, the other staff appear pretty relaxed about her closeness to Jimmy, not even kicking up a fuss when she’s found sharing a candlelit dinner with him. But Jimmy has more in mind than lurve, having twigged from the outset that the theatrical event will allow him to be in a less secure part of the prison and will give him the opportunity to escape. So there’s the romance thing, the escape thing (and the tension between the two), and then a sub-plot involving Jimmy’s hapless cellmate that provides a bit of a reality check.

The film is certainly entertaining; its director also made The Full Monty and Lucky Break shares some of its feel. But it does have a slightly strange moral centre – for all of Jimmy’s decency and the pleasure in seeing some nasty types (one prisoner, one officer) deservedly get their come-uppance, we’re asked to celebrate several prisoners (at least one of whom is quite dangerous) being on the loose.

And of course we’re asked to excuse some significant professional boundaries breaches, all in the name of love. 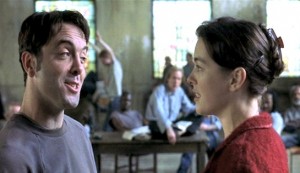 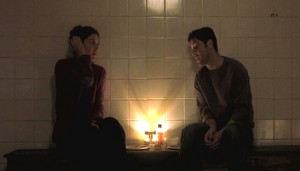