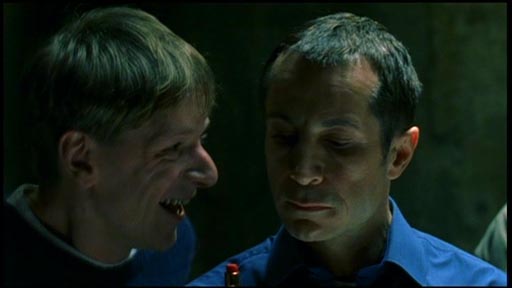 There’s much to like in this horror film which dips its lid to the 1960 French prison classic Le Trou. Like Le Trou, almost all of the action takes place in a shared prison cell, and the strength of the film is in the characterisations, the complex relationships between the cell-mates, and its unhurried pace which matches the ordinariness of the prison routine.

As in Le Trou, a settled (but very much updated) group of prisoners – an unlikely iron-pumping transsexual, Marcus, a childlike self-mutilator, Pâquerette, who eats everything he sees (including cell wildlife and his baby sister), and the intellectual Lassalle, a librarian who rather-too-enthusiastically murdered his wife – is joined by an outsider. In this case it’s Carrère, an urbane businessman charged with corporate fraud, who soon learns that his wife has stripped him of all his assets and has left him with nothing.

The film is set in the modern day, but the cell they share looks very 18th or 19th century and is infested with rats and cockroaches. That’s perhaps where the similarity to Le Trou ends; and the rest of the movie is a mixture of fantasy and horror. A journal written by a serial killer in the 1920s reveals itself to the cell’s inhabitants, moving a stone from the wall to disclose its hiding place. The author, Charles Danvers, was known to have escaped without leaving a trace, and his book of black magic has some of the cell occupants keen to use its spells to try to escape in the same manner. The book takes over their lives, and there’s (at times restrained) blood and gore quite properly associated with the horror genre, but the men’s characters – and not the special effects – remain at the heart of the film. Well crafted and well acted. 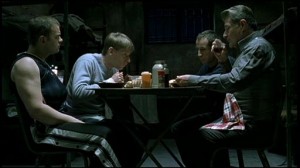 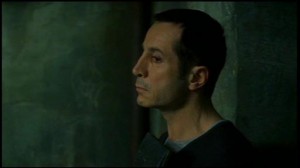