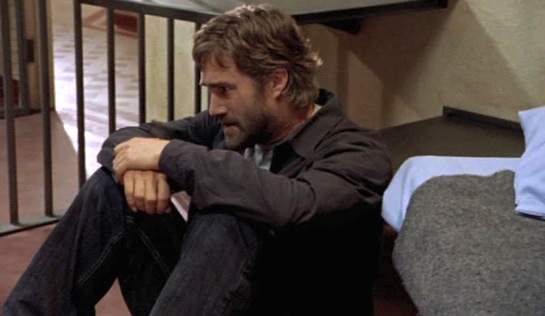 Imagine a prisoner being prepped for his execution – ordering his last meal, making a last wish, maybe seeking absolution from a priest, being strapped onto the trolley in readiness for his lethal injection, having to endure all the formalities and proclamations. Now imagine that repeated another seven times, with various permutations and combinations. That’s essentially what this film comprises – eight opaque variations on the same theme.

Filmed on a small budget at a decommissioned women’s prison, La Maison Gomin in Québec City, the film joins together a scrupulous warden, Harry Parlington (Serge Houde) and a prisoner, Kevin Barlow (Roy Dupuis), who has just been transferred to the Cantos Correctional Institution so that, within hours, he might be executed. Cantos is an execution facility, and so the warden, and all of his staff, are used to dealing with men in their final hours.

Parlington is calm, measured, authoritative. Occasionally a small twitch might betray a measure of tension, of repressed emotion, but he knows how important it is that he projects calmness and control. Barlow, on the other hand, is an unknown quantity; we know nothing of his crime or how he is likely to react in the time he has left. All we know is that he asks Parlington to grant one final wish: that the prison boss send the CCTV recording of his final hours – his time in the holding cell right through to when the lethal injection has done its job – to his mother, so that she might watch it should she choose to do so. Parlington is unsure of Barlow’s motive for the request, and unsure whether he should grant it. But it is the thing that is most pressing for Barlow and which adds to his anxiety – which is not something Parlington wants either.

We watch Barlow taken from his cell, tied down, and duly executed. And then the dose is repeated… again, and again; each time, his choice of final meal, his attitude, his readiness to die – is different in some way. It’s as if each part were crafted for the video of the Steve Earle song, Ellis Unit One: “I’ve seen ‘em fight like lions, boys / I’ve seen ’em go like lambs / And I’ve helped to drag ‘em / When they could not stand”.

I wish I could say with confidence what the eight versions mean. Is Parlington much like a puppeteer, controlling the show, or simply recalling the manner in which many others before Barlow have gone, and projecting those stories onto him? Is it like a game of backgammon (which the two principals play in one segment), with both attempting to out-strategise the other? Should one reviewer’s ‘you are what you eat’ explanation – that it is the final meal that dictates the manner of dying – be entirely dismissed? I think so.

To assist, the film’s own website offers up the following riddle: “All angles appear to be covered, until Parlington discovers there are many more angles to Kevin Barlow than he had first imagined. When Barlow makes a baffling and unusual final request, a strange duel ensues between the condemned man and the prison director. In this struggle there can be no winner or loser, only two men faced with doubts and difficult choices to make. The iron grip Parlington usually maintains on the execution procedure begins to slip as the final hours become a maze of manners of dying.”  I have no idea what that means, to be honest, but it is pretty much impossible to disagree with the film’s official synopsis.

It’s an interesting film, undoubtedly… but any interest is hard to sustain by the seventh replay of an event.  Even when the event is not designed purposely as a maze. 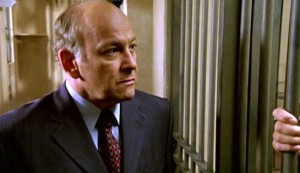 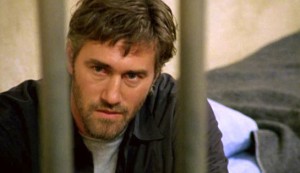