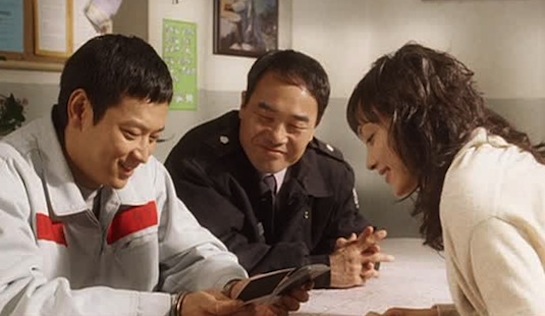 The Korean title for this movie translates literally, and somewhat ironically, as ‘Our Happy Time’. While it is principally about two hurting people healing each other, it also serves – with South Korea in the midst of a moratorium on the execution of prisoners on death row – as a powerful argument against capital punishment: a common theme in South Korean movies at around this time.

Moon Yu-jeong (Lee Na-young) is troubled. Still young, she is both a former much-loved popular singer and a university professor in fine arts. Wow. She has a caustic relationship with her mother and has tried to kill herself three times; her failure to succeed in these endeavours contrasting nicely with her professional over-achievement. She is duly dragged along by her aunt, Sister Monica, to the local prison – in the hope, one presumes, that she will meet others less fortunate than herself (prisoners on death row, to whom Sr Monica provides pastoral care) and realise that she has much to be thankful for and to live for. It works.

Yu-jeong meets Jung Yun-soo (Kang Dong-won), a closed-off young man convicted of three murders who also looks forward to his death. He has a tragic back-story. While he is closed-off, he is not unfeeling; when he is confronted by his victim’s mother in a restorative justice session he is overcome with remorse. Slowly, he and Yu-jeong and start opening up to each other. Yu-jeong reveals that she was raped by her cousin and was blamed and punished by her mother for it. Yun-soo apologises to her for it, on behalf of all men. He discloses that he killed just one of the three people he was convicted of killing, and in circumstances that would warrant mercy being extended to him – but he is so ashamed of what he did that he accepts that he should die. They recognise big bits of themselves in the other.

By the time that he is unexpectedly taken away to be executed, both Yun-soo and Yu-jeong have rebuilt themselves. They again like themselves.. and of course have fallen in love – not so much in a carnal sense as in acknowledgment of the role the other has played in their restoration. The execution ensures that their celebration of their victory over self-loathing (‘our happy time’) is short-lived. It’s a subtle but powerful message.

Later, The Executioner (2009) and Harmony (2010) were both to feature death row inmates in South Korea who had rehabilitated themselves and still had much to offer – in less subtle attempts at swaying public opinion against capital punishment, at a time when their Government was foreshadowing that the moratorium on executions was about to come to an end.  The three films make a compelling statement on the one theme. 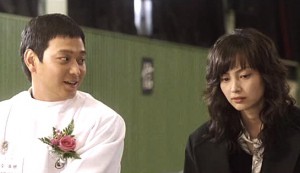 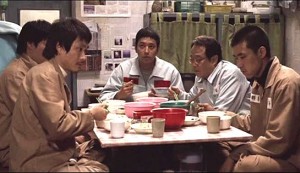