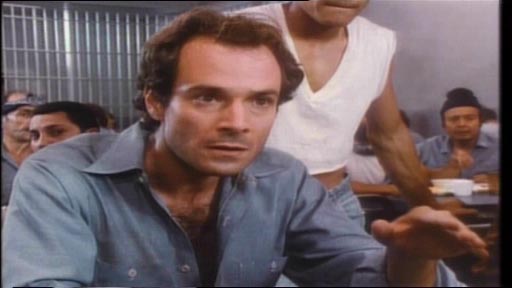 I was ready for this movie to be a bit dorky, a bit ’80s, a bit made-for-TV. What I wasn’t prepared for, having watched it and wondered why so many of the plot lines just seemed to evaporate, was to find that it wasn’t made as a film at all. It turns out to be bits of a 1984 TV series (of which there were only two or three episodes), cobbled together in 2002 into a single, slightly dorky, ’80s, made-for-DVD movie.

It starts with Harry (Robert Desiderio) getting hugely excited at the prospect of an early release, his name having been put forward by Dr Allison Brody (Jean Smart), psychologist and Associate Warden, with whom he shares rather-too-much sexual tension. He’s so happy, you just know the Parole Board is going to knock him back. Unfairly, as it turns out. But Harry reacts badly, punching the chief guard, grabbing a gun that had fallen to the ground during his restraint, and then taking hostages. The system responds very considerately, giving him just 6 months solitary and adding only a couple of years to his sentence before returning him to his comfortable old cell with his comfortable old cellmate, Frank (Geoffrey Lewis).

It’s not your typical movie prison. There is a good deal of racial integration, and the rehabilitation-oriented Dr Brody is given more authority than one might expect. That said, there is the usual array of prison stereotypes (and the odd novel character, like the inmate who advises the others on stock-market movements). We get to see lots of sub-plots that go nowhere. An African American prisoner wants to die, and is given a deadly concoction. Another tries to escape from the visits centre, dressed in women’s clothing and a wig. We don’t find out how these end. A new female guard battles with an Hispanic inmate, and is unsure whether she can do the job – until she aims a low blow at him with a Blaster stun gun. A needy cheerleader from Harry’s old school visits him out of the blue.

But the main story is Harry’s disintegration when he learns that his father is gravely ill. Harry has been estranged from his family, and has forever harboured a hatred of his critical father, for whom his best was never good enough, even when he won races. While his father lies dying, Harry systematically alienates himself from all his fellow prisoners to whom he is close. He hurts them, hurts his brother who has reached out to him, and (initially) rejects Dr Brody’s pleading to deal with the whole father-son relationship thing. But like every other B-grade schmaltzy movie you’ve ever seen, he gets there in the end. After he wins one last race.

So do some others, in their own way. A short, self-conscious Hispanic prisoner does some hurting of his own when his pen-pal turns out to be a lonely, obese woman, but he ultimately resists peer pressure by continuing the relationship… but not before he wins his race, too. For others, the hurt is just beginning. Dr Brody muses on the effectiveness of what she does when, within days of his arrival, a young-looking, scared prisoner kills the obligatory nasty prisoner who has been intent on raping him. She leaves the young man doing an excellent Lady Macbeth impression, desperately trying to wash the blood off his hands.

It’s disjointed and – at odds with the movie’s serious themes – the characters and their stories have more the feel of a sit com set inside a wacky prison. It’s reassuring that it wasn’t intended as a movie, and you are entitled to reflect on why the TV series ran to only a couple of episodes. That said, there are plenty worse. 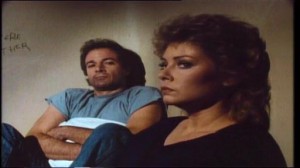 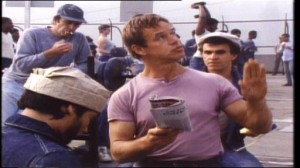