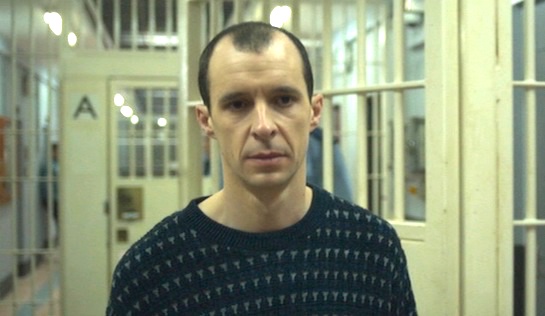 When Sir James Hennessy, Her Majesty’s Chief Inspector of Prisons, set out his findings and recommendations into the September 1983 escape of 38 IRA prisoners from HMP Maze, he identified (not surprisingly) a multitude of failures. One of which was the selection of a number of prisoner orderlies, whom he noted “adopt(ed) a deliberate policy of conditioning staff to reduce their alertness”. And one of those, whose name does not appear in the abridged online version of Hennessy’s report, was Larry Marley – considered the mastermind of the escape, yet who remained in the prison while his 38 associates fled the prison crammed into a food delivery lorry. Despite his pivotal role in the escape, Marley was released in 1985 – and it is his story that is featured here.

HMP Maze (or Long Kesh, played here by the decommissioned Cork Prison) was supposed to be the most escape proof prison in Europe. Marley transfers there after the IRA has called off the hunger strikes which had claimed the lives of ten men by October 1981… and with it brings about an end to the dirty protest (including the smearing of faeces on cell walls) and the blanket protest (the refusal to wear prison uniforms). Some concessions have been granted; the Republican prisoners are, for example, permitted to wear their own clothes. But Marley suffers badly from survivor guilt. He is doing his time in relative comfort, and feels that he owes a debt to those who gave their lives. And that the debt can only be repaid by a mass escape.

Marley and the other IRA men are placed in a wing with Loyalists. They don’t always get on. Nor have the prison officers forgotten the trials of the previous six or so years; they think that those calling the shots (who are trying to incentivise a less adversarial approach) are going soft on the terrorists. Disgruntlement is rife. It is still tense. When Principal Officer (?) Gordon Close (Barry Ward) is over-ruled and forced to take on Marley who has volunteered as an orderly, the prison officers see this as further proof that the policy of appeasement has gone too far. And other prisoners within Marley’s own ranks are disgusted at his preparedness to abandon his political prisoner’s principles (one of the ‘Five Demands’) and perform ‘scab labour’.

But Marley is not interested in the work. He’s interested in the layout of the H Blocks, the positioning of the alarms, the vision from the cameras, the prison officer routines, and whatever else he can glean from working in and around Gordon Close’s office. And he builds a relationship with Close, “adopting a deliberate policy of conditioning staff to reduce their alertness” and piecing bits of information together, both of which are critical to him building an escape plan that might work. Even so, the IRA hierarchy outside the prison needs some convincing to sanction the plan.

Because the film doesn’t focus solely on the planning of the escape, or the implementation of the plan, it is much more than an action escape movie. After an attempt on Close’s life by IRA operatives outside the prison while he is with his wife and daughter, his wife gives him an ultimatum – and leaves him when he refuses to give into the threat and give up his job. The parallels are stark; both Marley’s and Close’s unyielding commitment to their cause has been at their families’ expense. Both men’s circumstances make it difficult for them to exert paternal influence over their children. But in their trials their very humanness brings about a regard for each other, in spite of themselves; so much so that Marley is keen for Close not to be on duty when the escape occurs. Of course, when it does – assisted by half a dozen smuggled guns which allow the Republicans to take over the wing and the staff hostage – it is catastrophic: 38 of the highest-risk prisoners on the run.

Maze is an impressive, understated addition to the long list of films about The Troubles. And it’s as good a film about the grooming of staff as I’ve seen. 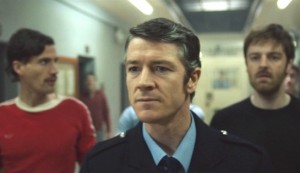 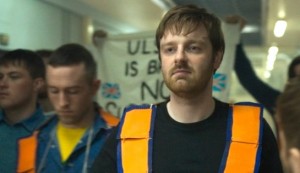 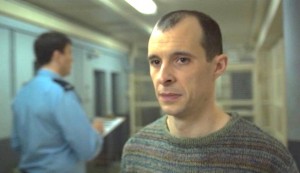 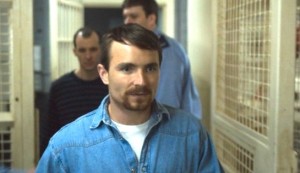