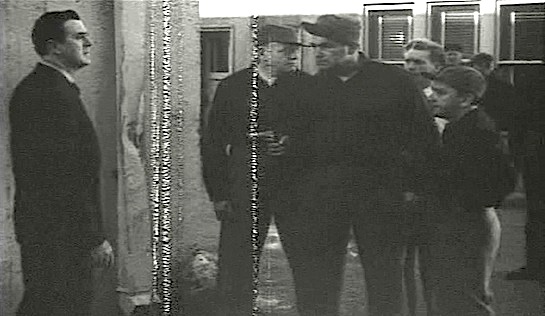 This is an unashamed propaganda film for prison reform and the incumbent San Quentin Warden, Clinton T Duffy, to whom the film is dedicated (along with his ‘men’).

The hero is Jack Holden (J Anthony Hughes) in the Duffy role. Well, he doesn’t start as Warden; when we first see him he’s a mere sergeant of the guards, and returning from his honeymoon. He and his new wife, Anne, are clearly the perfect couple; honest, good looking and in love. Although one does have to wonder when the new Mrs Holden asks her hubby in which house (inside the San Quentin grounds) she is to live; it seems that might have been a detail that they could have sorted out before the wedding.

Meanwhile, San Quentin is in trouble. 6,000 prisoners, riots, escapes, murders… and the prison has been locked down for a month after the murder of a guard. The warden is ineffectual, and the place is run by his crooked Deputy, Saunderson, who has framed at least one innocent prisoner, Louie, for the murder. Then there is another jailbreak, with another guard shot in cold blood (and two prisoners dead, too) and Saunderson tries to put Holden in the frame, intimidating guards to give false evidence to the Inquiry Board and even posting one of his prisoners, Jimmy, as the Holdens’ houseboy in order to get information on them.

But it doesn’t go well for Saunderson. His stoolie, Jimmy, is won over by the decency and integrity of the Holdens, and nobly uses a gun (destined to be smuggled into the prison to free Louie) to shoot the wicked Deputy, and then himself. The Board, won over by Jack’s decency and vision of what jail should be, appoint him Warden (you can forget the last one; he resigned)… and the rest of the film is given over to finding new ways to sing his praises.

The new warden walks the yard. The new warden sets up classrooms. The new warden tells his guards not to fire into the yards unless there’s an escape or to prevent death. He frees the innocent Louie and all the other prisoners from the dark solitary cells, or moves them into better conditions. He institutes vocational programs, goes on the speaking circuit advancing the cause of penal reform, and convinces sceptical staff of the new way. And single-handedly overpowers a prisoner who is holding him at bay with the last gun in the prison. “We’re through with guns,” he says, simply walking away with the gun he has just recovered  – it obviously being more important that the gun-wielder receives a salutary life lesson than it is to discipline him or put him in one of the new, refurbished solitary cells.

It’s a beautiful thing. The prison is fulfilling its purpose. Louie, newly trained in shorthand, walks away from the prison a free man – “shoulders squared, a brand new boy,” Mrs Holden observes. The prisoners buy Defence bonds and work hard at making stuff for the war effort, and their orchestra is broadcast to the public, letting the community know how much good there is in these men.

For all of that, there are moments where the dialogue of the prisoners and the guards seems spot on, and can make you forget the Holden-Duffy adulation and the hard sell for prison reform. One of the writers, Martin Mooney, had apparently done time himself, and no doubt he can be credited with capturing the attitudes of both the inmates and their captors.

Duffy had another film, Duffy of San Quentin (1954) made of his life. It couldn’t be more fawning than this one. 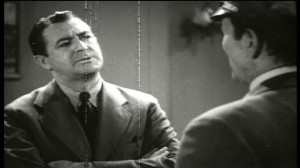 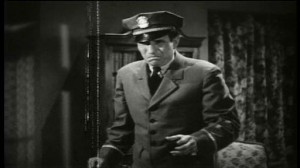