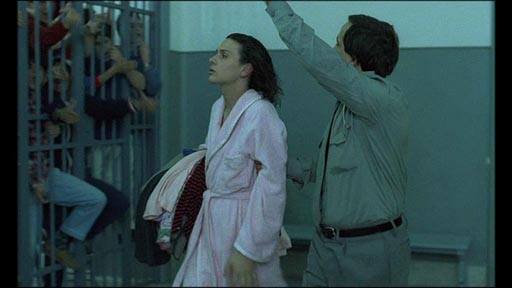 To say that this is To Sir, With Love (1967) in a juvenile prison does not tell the whole story of this film. But it does tell half of it, I suspect… even if my Italian is itself very suspect.

At the film’s centre is Marco Terzi (Michele Placido), a teacher who takes a job in a juvenile prison in Palermo, Sicily, while waiting for a better offer to come along.

Aside from Marco’s introduction to his new workplace, the film’s early scenes track the journey of 14-year-old Claudio Catalano (Maurizio Prollo) into the prison – and both are stories that have been told countless times. Marco fights to assert himself in a classroom full of troubled and troublesome students. Claudio is bullied by a young hood, Natale (Francesco Benigno), serving a sentence for murdering the killer of his Mafia father… and is then offered protection by Carmelo – in a seemingly kind gesture which we later see has the usual sort of strings attached.

But our interest in Claudio quickly dissipates with the arrival of Mario Libassi (Allessandro Di Sanzo), a transsexual prostitute jailed for bludgeoning a client who ripped her off. Her reception into the prison, in a pink dressing gown, provokes an uproarious response from the other youths. She is fortunately housed apart from the baying pack.

It gets trickier when Mario (or Mery as she prefers to be known) falls in love with Marco, who allows her a lingering, boundary-crossing kiss while rebuffing her with the insistence that he likes women. Hmmm.

There is drama aplenty with attacks on staff and attacks on attacks on prisoners and unconventional lessons learned by unconventional students. One presumes that Marco finds it all rewarding, because when his offer of a transfer to the better job comes along, he wrestles little with the decision as to whether to take it or stay with the young men with whom he is making some solid progress.

Transvestites are of course not uncommon in prison movies – some of them very powerful characters like Michael Greer’s Queenie in Fortune and Men’s Eyes (1971) and  Mickey Rourke’s Jan in Animal Factory (2000) – but they are usually roaring drag queens. There are fewer trans men and women, like Mery; perhaps prison movie-makers prefer their outsiders to be true innocents, or otherwise more conventionally unconventional. I’m pretty sure that Sidney Poitier didn’t have to deal with any trans men in To Sir, With Love, either. 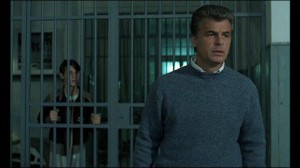 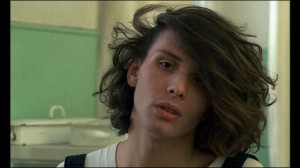