“Are we quits, now?” asks the young, first-time prisoner of the older prisoner who had earlier come to his rescue, having just paid off the first instalment (by helping tip boiling water on a debtor) in return for the big favour. “Ask me again and I’ll stamp your face into the concrete,” the older man replies. And if the younger man didn’t realise up until that point that he was trapped, he does then.

Michael McCrea (Dafhyd Flynn) isn’t a bad kid. His father is in jail and his mother died years ago of a drug overdose. He is on probation for being a passenger in a stolen car, and lives with his gentle, noble granddad, Francis (Lalor Roddy), in working-class Dublin. He is given a package of drugs to ‘move on’, and takes it as a bit of ‘a favour’ to a mate’s brother. Somehow the Police raid his place and find the package – 30g of cocaine valued at around €2,000 – before he has got around to moving it. He refuses to say who provided it to him, but pleads guilty, and gets a 3-month prison term as a supposedly salutary short, sharp lesson. He is 18.

He looks young, and unsure of himself, and is immediately stood over and assaulted. Another prisoner, David Furlong (Moe Dunford), sidles up and makes it clear that if he doesn’t fight back he will condemn himself to three months of being subjected to bigger and bigger degradations. David sets up the opportunity for Michael to hit back, which is taken, and from that moment he owns him.

Meanwhile the crew whose €2,000 worth of cocaine was lost pound on Francis’s door, armed with menace and a baseball bat, seeking to reclaim the money. Francis obliges, but is fearful that they will come back again. The thugs assure him that the debt has been paid. They lie. They return. Francis, too is trapped… through no fault of his own.

Michael gets out of prison, but it is too late. He has learned from his brief stint in jail the value of the pre-emptive strike; that if you lie down others will line up to take advantage of you. His inability to say no to the package of drugs and his short, sharp stint inside have robbed him of his innocence, his 16-year-old girlfriend, Orla (Hazel Drupe), his studies… and his chance of keeping out of the cycle of offending and prison. From the moment he has stepped into prison he has moved inexorably deeper into the criminal milieu; the prison experience quickly extinguishes almost all that is worth saving in him.

Michael Inside is a compelling prison film; gritty, grim, authentic, sad and fatalistic, with excellent performances all round.

There may be no better movie about the short, sharp shock. 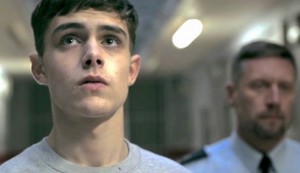 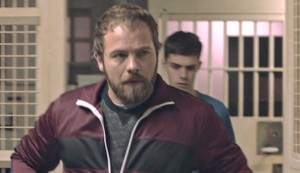 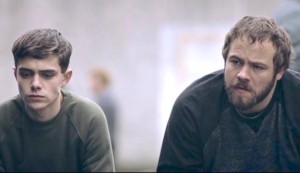