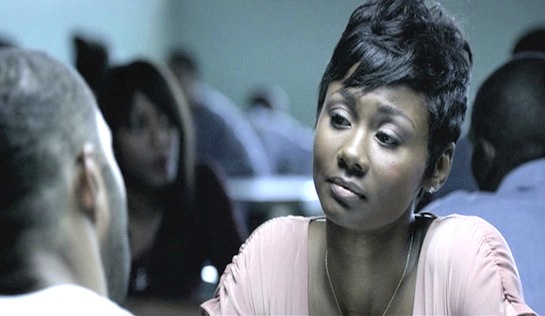 Five years is a long time to wait, for almost everybody.

Middle of Nowhere opens in the Victorville Penitentiary visit centre, with Derek Murray (Omari Hardwick) trying to dissuade his wife Ruby (Emayatzy Corinealdi) from quitting medical school. Derek is doing an 8-year stretch for gun running, but could be out in five. Ruby plans to see him every weekend, and speak to him every day. She puts her other life on hold for him, whether he likes it or not.

It’s tough. A nurse, she works lots of nights and often looks after her nephew, Nickie, during the day for her sister Rosie (Edwina Findley). Her relationship with her mother Ruth (Lorraine Toussaint) is strained, most of the time. She is still paying off Derek’s attorney in instalments, and faithfully makes the trip up from LA each week – determined to get through the five years and continue on as if nothing happened.

But within sight of Derek’s parole hearing, things happen. He gets into a fight and release on good behaviour is suddenly not so certain. And one of her bus drivers, Brian (David Oyelowo) starts showing some interest in her… and she has to choose between marking time and moving on.

This is not close to being a prison movie in one sense (just about all we see of the prison is the visiting room), but Derek’s imprisonment casts its shadow over all that Ruby does – her family relationships, her work routines, her hopes. She is loyal, and proud, and dutiful, but with Derek not with her, is nowhere.

It is an elegant film, filled with great poignancy. It is very much Ruby’s story, marked by her staunch commitment to her husband, offset by her jadedness and seeing her dreams ebb away. But it also tells the story of countless struggling prisoners’ wives and partners who wait, and wait, largely unsupported; their lives on hold, their weariness growing and their possibilities constricting. An excellent film. 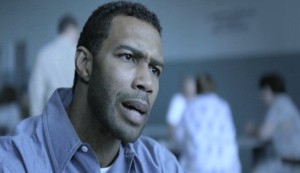 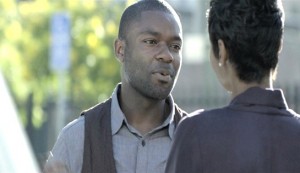