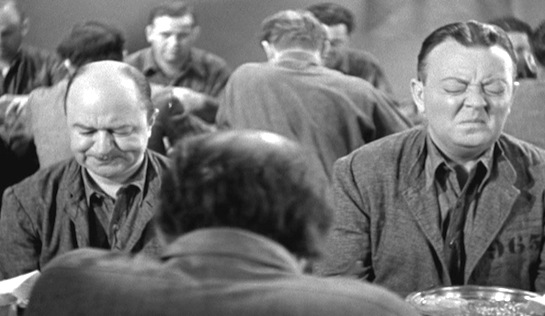 How do five millionaires behave when they land in prison at the same time? “I see no reason why the Warden should object to uniforms by our own tailor,” moans Harold Kellogg (Thurston Hall), pulling at his ready-made prison uniform. “.. No style, poor material and probably even secondhand,” whines his partner-in-crime, Bruce Vander (Raymond Walburn), in total agreement. And there are plenty more jolly japes as the rich newcomers turn up their noses at the prison food and bunk beds, have to do manual labour… and mix with poor people.

Apart from Kellogg and Vander, who are described as two ‘harmless saps’ roped into a corporation scam by their lawyer, there are two unscrupulous investor-bankers who swindled money ‘from widows and orphans’ – Jim Brent (Morgan Conway) and Sid Keats (Chester Clute), and a society doctor-cum-playboy, Dr Bill Collins (Truman Bailey), whose important research into the lethal Malta fever has been interrupted by a drunken turn behind the wheel which left another man badly injured.

They are told even before they arrive at Langley Prison that the real power in the prison resides not with Warden Tom Hammond, but with fellow prisoner Nick Burton (top biller Lee Tracy). Burton knows everything that happens and is about to happen. Prisoners consult him about big decisions like joining an escape plot, and when Brent and Keats design a new scam to fleece money out of other prisoners, trying to recoup some losses from a non-productive copper mine they had bought, the would-be investors go to Burton to check whether the investment is a good one. After consulting Brent and Keats he agrees to promote it for a cut of the profits.

While Kellogg and Vander excitedly put their energies into planning the menu for the next Young Bachelors’ Club dinner and Brent and Keats ruthlessly scheme away, Collins is offered the opportunity by Dr Harry Lindsay, the prison doctor, to carry on his Malta fever research. Soon Colllins has some success inoculating (or antidoting) feverish mice, and the Prison Board is persuaded to allow four prisoners to be human guinea pigs for the testing of the antivenin. Burton swings into action; finds the guinea pigs, puts the bite on Vander and Kellogg, and manages to cajole $20,000 out of each of them – $10,000 each to go to the volunteer prisoners (or their relatives in the event that they succumb to the fever).  Collins, however, remains a reluctant participant – fearing the reputational backlash if things go wrong.

They don’t go wrong. The men survive, Collins is redeemed, the medical board restores his right to practice, and Collins selflessly advocates for Burton at his own parole board hearing. Burton, for his part, double crosses Brent and Keats and ensures that all the gullible prisoners get a return on the investment of their ill-gotten gains.

This is prison lite. Langley Prison looks like a solid 30s-40s prison, but it is very, very benign. Aside from some good-natured razzing from the other prisoners on their arrival (“Cocktails at 4!” and “How’s things on the Riviera?”) the millionaires are left alone, the staff are non-antagonistic, the warden and the doctor battle to see who can be the more decent, humane and supportive, and if shenanigans are to be had they clearly occur in some other prison, not here.

Without any hard edge, this comedy-drama struggles to rise above insipid: the comedy not too funny, the drama not too dramatic, the nicer people prospering and the nastier people not. Good, untaxing wartime fodder, no doubt… and pleasant (which might be the most damning thing to be said about it). 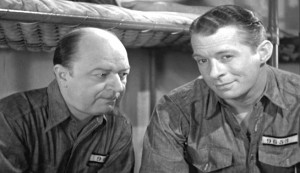 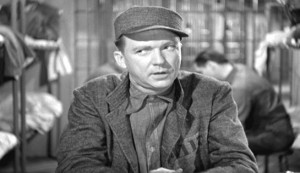 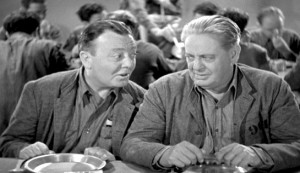 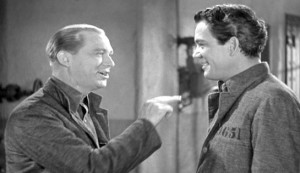