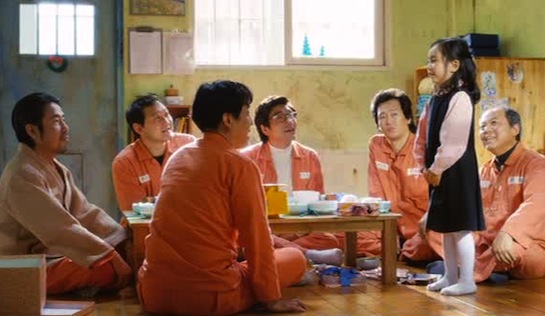 The Koreans seem to specialise in tear-jerking prison films featuring children and executions. Well, this one and Harmony (2010); it’s not a big field, admittedly.

Miracle is an enjoyable but uneven film that doesn’t quite know where to place itself.  It has moments of awfully hammy comedy, followed by waves of mawkishness, before wallowing in desolation and despair.  At the centre of the misery is Ye-sung (Park Shin-hye), a young lawyer trying to clear the name of her late father. We trace her story from when she was a girl of no more than six.

Her father, Lee Yong-gu (Ryu Seung-ryong) is a simpleton, but a devoted, adoring, single parent to the little Ye-sung (an exceptional performance by Kal So-wan, who turned six during the filming). Yong-gu works as a supermarket traffic controller, and is saving up to buy Ye-sung a Silver Moon backpack, for which she has been longing. They are about to buy it when the last one in the store is snapped up by the Police Commissioner for his little girl. The childlike Yong-gu protests, hoping that the police chief will relinquish the backpack; he doesn’t.

Soon after, the police chief’s daughter improbably approaches Yong-gu in his lunch break and invites him to follow her to another shop that sells the backpack. He follows. It’s icy, and the girl slips, falls, hits her head, and dies. Jong-gu tries to resuscitate her, and loosens her clothing; when the next person comes across the scene, Jong-gu is giving her mouth-to-mouth and her clothing is in disarray. It is assumed to be a revenge killing; he is charged with her abduction, sexual assault and murder and led off to jail. Yet all he can do is worry about Ye-sung, who is home by herself – maybe a little young to be left on her own throughout the day – and fretting.

Yong-gu is placed in a cell with five other prisoners, who treat him with the usual contempt (and slap him about, naturally) when they discover the nature of his charges. But then, in a scene a bit reminiscent of Pros & Cons (1999), he prevents the boss of his cell, So Yang-ho (Oh Dal-su), from getting stabbed (in the process getting stabbed himself), and the grateful Yang-ho offers to repay him. Yong-gu naturally asks to see his daughter, who has been placed in an orphanage; she is smuggled into the prison in a choir… and for a time is successfully hidden in the cell. Ye-sung is smart, wise and a bit precocious, and she soon charms the entire ensemble cast of other prisoners, holding court, teaching Yang-ho to read, and smuggling in a cell (!) phone.

In time, all Yong-gu’s cellmates – and indeed the prison warden – all come to the conclusion that he could not have killed the little girl (and certainly could not have made the detailed confession the police allege he drafted). They set about preparing his defence. As his trial date approaches, Yong-gu is as well prepared as he can be to tell his side of the story, but just before it kicks off the Police Commissioner beats him and threatens that if he doesn’t confess he will do to Ye-sung what happened to his little girl. Yong-gu falls apart in court and sacrifices himself to save Ye-sung’s life, and the time they spend together before he goes to the gallows is predictably heart-wrenching.

OK, so you don’t need me to tell you that hiding a child inside a prison is a bit fanciful… but it’s far from the most fanciful part of the film; the story very much relies on maintaining the audience’s credulity. From a strictly prison movie perspective, one of its difficulties is that none of the interactions between the prisoners is as you would expect in a movie where a good portion of the action takes place inside a 6-man cell; pretty much all the energy is directed towards the young girl or how to get her father out of his predicament. It may be comedic melodrama, but it’s popular comedic melodrama – the film being one of the highest grossing Korean movies ever.

Miracle joins a growing list of Korean films with an anti-capital-punishment heart, all finding reasons to keep the trapdoor shut. In Maundy Thursday (2006) it was a young man with a sad and tragic upbringing who was soon to be executed. In Breath (2007), the young man awaiting the gallows call was remorseful and guilt-ridden. In The Executioner (2009) it was a decent, God-fearing elderly man, and in Harmony (2010), a wise and gracious elderly woman. Here it is a loving father with an intellectual disability… who also happens to be innocent. Frankly, I’m ready for a South Korean prison movie where there is absolutely no-one on death row. If that’s not possible, I’m hoping for one where the condemned person is not a pregnant philanthropist organ-donor brain surgeon, but is instead a common criminal, neither rehabilitated nor deserving of mercy. 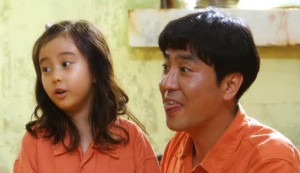 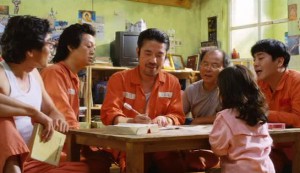 Thanks heaps, Tracey, for the Miracle.