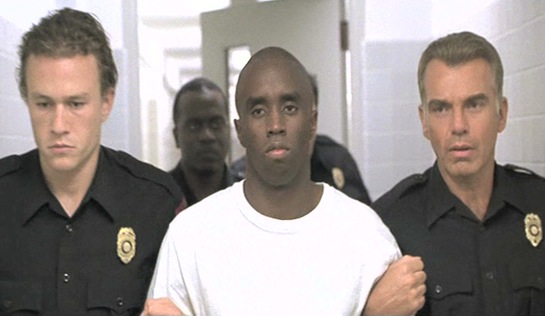 As in The Quare Fellow (1962), where the wife of the condemned man has a quick fling with one of the Prison Officers who is watching over her husband, Monster’s Ball gives us the wife of a man who has just been executed finding solace in the arms of the Correctional Officer who led her husband to the the electric chair. It seems that this sort of thing must happen all the time. At least in this film, neither of the protagonists is at first aware of the earlier intersection of their lives.

Hank Grotowski (Billy Bob Thornton) is a miserable, ornery Correctional Officer whose wife has suicided and he now lives with his similarly widowed father and his shiftless son. His father is a mean, racist ex-prison guard who is dying of emphysema and whose only joy is to celebrate each new execution. Fittingly, perhaps, Hank heads up a team attending to a prisoner on Death Row. He treats the prisoner more decently than he treats his staff. Or his son. His son, Sonny (Heath Ledger), a third generation Correctional Officer and part of the Death Row team, proceeds to irreparably shame his father by throwing up during the condemned man’s last walk. This leads to a couple of physical confrontations between father and son, after which Hank tauntingly concedes to Sonny that he never loved him. Sonny responds by turning his gun on himself, there and then.

The funeral is short. Sonny’s grandfather is moved only to observe that his grandson was ‘weak’. Hank, however, starts to reassess things. He decides that he can’t do the prison stuff any more, and tosses in his job. Soon afterwards, he renders assistance to a distraught Leticia (Halle Berry), an African American waitress at his local diner, after her obese son is struck and killed in a hit-and-run. Both numb with hurt and both failures as parents, they stumble into a needy sexual relationship. They make an odd couple: he’s white, closed off emotionally and has inherited his father’s bigotry, and she’s black and the wife of the man whose execution Hank had just overseen.

Hank is driven by the need to fill the void and sensibly dresses it up as a need to comfort and care for the vulnerable Leticia. He gives her his son’s car, and then a roof over her head (and a place in his bed) when she is evicted. Of course it helps overcome one’s inherent racism when the person to whom you are drawn looks like Halle Berry and has the straightest, whitest smile of any stressed-out, low-income, alcohol-abusing, grief stricken, socially disadvantaged single mother whose partner has been on Death Row for 11 years. Ever.

It’s only later that Leticia learns of the true nature of the connection between Hank and her former husband. She considers her position, says nothing to Hank, but chooses expediently to submit to what the relationship has to offer.

Does the film tell us anything particular about prison? Not really. It’s not really a prison movie; it’s more about telling the stories of these two people whose paths first collided around prison. The stories are well told, but I’m still not certain whether a cruel, racist man can turn around so quickly, even where he’s filling his own needs. Mind you, I suspect that having Halle Berry there helps. 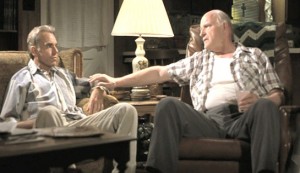 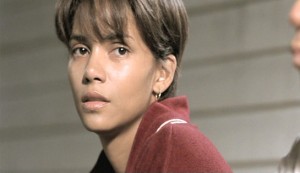