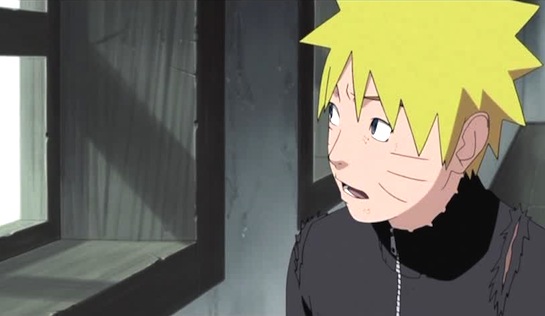 Some movies just make you feel old. I hadn’t seen any of the previous 7,069 Naruto manga or anime (or any of the previous seven films) which might have helped, but I still had this unsettling sense, as I struggled to keep up with the plot, of 7-year-old Japanese kids (any 7-year-old kids, really) taking it all in with ease.

Naruto Uzumaki, for those of you who don’t know (as I didn’t), is a fervent young ninja intent on becoming a leader in his village. It seems he has a nine-tailed demon sealed within him. We see him lead an assassination attempt on the leader of a neighbouring Hidden Cloud village, and to preserve the peace he is bundled off by his own village chiefs to Houzuki Castle, described as “a shinobi (ie ninja) prison facility delegated to the Hidden Grass by other villages.” While they are there, all the shinobi have their chakra (their blended physical and spiritual energy which allows them to do magical things) yoked by the prison boss, Mui. Naruto keeps protesting his innocence and constantly wants to fight Mui, but without his chakra he is weakened and can’t possibly win. He tries to escape but fails for the same reason.

We learn in time that it wasn’t Naruto who led the assassination attempt, but one of Mui’s lackeys – Hundred Transformations Kazan – who had transformed himself into Naruto’s image, and that all the village leaders knew Naruto to be innocent but sent him to Houzuki in order to fight a bigger battle. That battle is to stop Mui from pooling all the prisoners’ chakra and using it to open the Box of Extreme Bliss, which is said to grant the first wish to any person who opens it. So fixated on opening the box is Mui that 10 years earlier he sacrificed his own son, Muku, to it.

In prison, Naruto finds a friend in Ryuuzetsu, a young woman masquerading as a boy, who was in love with Muku. They start a riot and while Mui is distracted (at least they think it’s Mui, but it’s more likely to be Hundred Transformations Kazan, again), Naruto sets about trying to destroy the box. Mui is waiting for him. He removes Naruto’s chakra, which on its own is sufficient to open the box. But instead of asking for world peace or Hidden Grass’s domination over all the other villages, Mui asks for his son back. Muku is duly reincarnated, but promptly kills his father and turns into a monster, Satori. Naruto summons up his own giant toad monster, but when Muku’s monster defeats it, Octo the octopus monster weighs in for the good guys and Satori is finally defeated. Naruto himself is seemingly fatally wounded but Ryuuzetsu sacrifices herself so that she can again be with Muku and so that Naruto can live on. Phew!

As a prison movie there are perhaps a surprising number of recognisable prison features in a world that boasts monsters, a giant box that grants wishes and people cloning themselves. The riot, for a start, and the mess hall and an exercise yard and tracker dogs, and a sparingly used punishment cell (Naruto gets just 2 days, then 5, then a week in the cell for attacking Mui). And lots of unrecognisable ones, including the seal placed across prisoners’ chests that stops them exercising their powers and lots of chains and other restraints that Mui’s men are able to muster up on command.

But my favourite bit? An exhortation (or command, perhaps) of ‘Meat Porcupine Tank!’ by one of the monsters. I still have no idea… 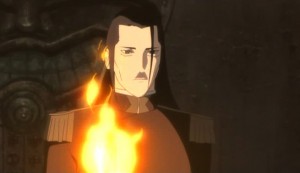 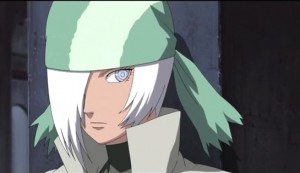