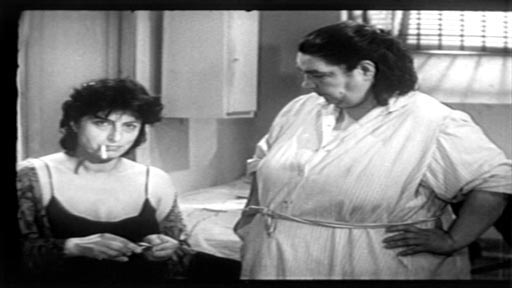 “Just land in jail and people will look at you. They’ll say, ‘Don’t pity them; they got what they deserved.’ Nobody can imagine what it’s like to be in jail. I, too, forget when I leave. Yet I return. I return.”

This is the lament of the brash Egle (Anna Magnani) in a somewhat quaint little film set in a female prison in Rome. It was known in the US as ‘And the Wild Wild Women’ – an awfully inapt title, for nearly all of the women seem to have found their way into prison by stupidly trusting others or though poverty.

Egle is an habitual criminal and the biggest personality in the prison; sultry, loud, feisty… and complex. In many other prison movies her character would exploit the weaker prisoners, but here she is sympathetic to the frightened new fish, Lina (Giulietta Masina), helping her adapt to prison and asking little in return.

Lina had been a maid, duped by a man whom she believed to be her fiancé and whom she allowed to rob the residence where she worked. We touch upon the stories of only a small number of other women – including one who inadvertently killed her child after putting it in a basket and setting it afloat on the river, and another, Marietta (Christina Gaioni), a pretty young prisoner who discovers that she can watch a young man in the street by looking into an angled mirror through a small hole in the wall.

But it’s Egle’s (and Magnani’s) show; she dominates every scene and creates every mood. When she leads the prison in some impromptu rock ‘n roll dancing, we are there with her. And when she declares herself to be ‘sick of this place’, we see the toll that years of imprisonment have taken on a vibrant woman. Only when Lina is being released after three months (perhaps bailed, or perhaps pitied by the judge for being so cruelly used by her caddish boyfriend) does her generosity desert her; in a good luck ritual, Marietta throws salt after the departing Lina, urging her “Don’t turn around and you’ll never come back!”  “Lina!” a jealous Egle yells. Lina, of course, turns.

And she does return; indistinguishable from the frightened woman the first time around. This time, she is frighteningly self-assured, has been living the high life that Egle had boasted of, and excited and eager to swap stories with all the inmates. Prison has become a way of life, as it is for so many.

For Egle, it is a way of life of which she is too weary. She shows us that the hellishness alluded to in the title is not to be found in the prison regime or its brutal conditions, but in the wasted lives and its inmates’ resignation to prison as a way of life. Surprisingly good. 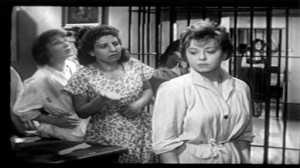 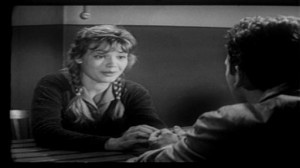