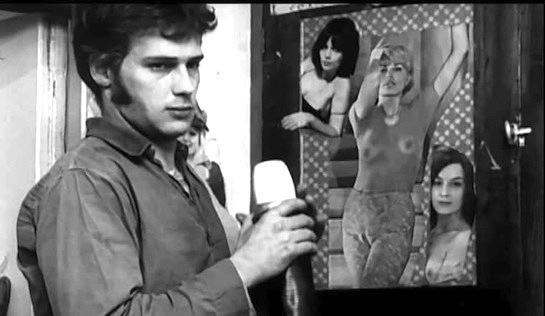 “Government of Sweden,” the narrator intones, “you have the sole responsibility for our prisons. You say that the modern penal system strives to rehabilitate criminals. You’re lying! There is no rehabilitation in Sweden today. Only punishment.” But if that message is clear, the rest of the film does its best (unintentionally, one presumes) to shift the onus of rehabilitation squarely back on the prisoner.

The opening eight minutes of the film are a mini-documentary, starting with reflections on the great strides made in prison reform in Sweden since the 1930s, and a boast about the proportion of Swedish prisoners in open conditions. Then there are real-life interviews with a prison educator, a prison doctor and Torsten Eriksson, the Generaldirektör – all of whom are overtly or implicitly critical of the then government’s under-investment in prisons and its wayward correctional philosophy. Wikipedia suggests that Eriksson retired in 1970. I’m not surprised. Or, rather, I am surprised that he lasted even a year after the film’s release.

The character chosen to illustrate how poorly prisons rehabilitate is Lasse Karlsson (Stig Engström), a young, good-looking alcoholic. But in Karlsson we are not shown a man who is capable of redemption but who is instead corrupted further by the system, but an unlikeable, undeserving ingrate who thwarts all attempts to rehabilitate him.

Serving a sentence for thefts and other matters, he is given a 48-hour home leave. He gets straight back on the booze, returns to an old girlfriend (whose chequebook he had once stolen), and then fails to return to the prison as required. He is at large 12 days. When disciplined over his transgression he becomes indignant and blaming. He seeks a transfer from Långholmen Prison to the Sätra Hospital, hoping for treatment and an easier life, but is refused. His teacher friend Björn (Börje Ahlstedt) wages a publicity campaign on his behalf, circulating a 34-page story of Lasse’s life to influential people and the media, and the transfer is suddenly approved. But his placement at the hospital sours when, at his obnoxious best, he demands a different sort of paper (A4, lined, hole-punched) than the type the prison provides, and refuses to pay for it himself. He is duly sent back to Långholmen.

When he is paroled after 8 months 16 days, Björn sets him up in a flat and with money. It is not expected that he will work; instead it is understood (for reasons that are never clear) that he will spend his time painting and writing. Contrary to his parole conditions, he gets back on the drink. He spends a good portion of his 3,000 krona on a record player (one superior to that which Björn himself can afford), and large quantities of beer. He barely acknowledges the sacrifices that Björn (who appears to be in love with him) has made, makes no attempt to repay that which has been given to him, and retains a sense of entitlement that leaves one wishing that he were back in jail.

It is an odd film in so many ways. The parasitic Lasse’s behaviour is so spoilt and selfish that one thinks not for a moment that he has been let down by the system… which defeats the film’s main premise. Sure, there is very little treatment and little socialisation on offer, but the staff are civil and Lasse does nothing to warrant his placement in a more open, more trusting environment. 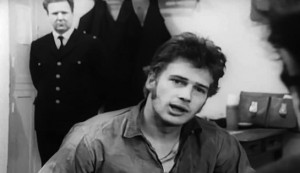 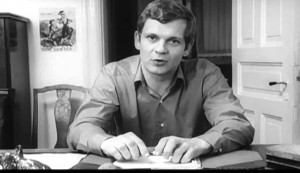