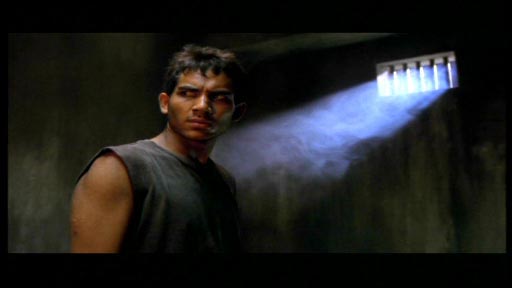 Nor Chor (The Prisoners) tries to cram a lot into the one film. It attempts to provide a balanced view of prison issues, to draw attention to some inequities in the criminal justice system, to educate the masses about imprisonment… and to combine it with some high-action drama. They’re honourable goals to have. Well, maybe not the last when you try to blend it with the others.

The very idea of a Bangkok prison evokes a sense of hellishness, doesn’t it, even without the clumsy attempt to give the film a title that will appeal to a certain English-speaking audience. As it turns out, life inside this Thai prison is significantly less hellish, I suspect, than the real thing. But then I guess ‘Bangkok Limbo’ might not have had the same market impact.

Into that pretty-standard prison goes Raywat (‘Ray’) Suthikarn (Chalad Na Songkhla), who crashes his car while drag racing in a busy street and kills a businessman. He gets 3 years. In jail he appears to be your typical fish-out-of-water and is rescued from his early despair by the Superintendent, who offers to reduce his sentence if he becomes the prison snitch. He agrees.

The film is at great pains to instruct the audience on penal matters. In addition to showcasing the art of snitching, it shows a variety of ways that drugs and weapons can get in. It carefully explains the difficulties of the warders’ jobs. It demonstrates how gangs work. It takes us on a tour of the prison – the kitchen, the mess hall, the sleeping quarters, the industries, the exercise yard, and the hospital so that we get a complete picture of prison conditions. We are clearly not allowed to leave without being fully informed.

At the same time we are given a very sympathetic peek at some of the inmates: Jon, a petty thief, who is also a snitch. Synn, a music teacher doing 100 years – 2 years for each of the Government musical instruments he pawned. Sin, an older man, blind since birth, serving a sentence for an unlikely attempted murder. “(There are) still lots of good guys  in here who won’t be out for a long time,” muses Ray, trying to come to grips with the injustice of it all.

So the film wears its preachy heart palpably on its sleeve. It preaches on freedom. “I’ve never seen the light, but if I were to guess, ” says blind man Sin, “I’d say freedom is like the light that allows us to see what we want. Even though we have to struggle sometimes, it’s better than being in here… Try closing your eyes for a whole day, and you’ll know for yourself what it’s like to have no freedom.”

It preaches on what it’s like to carry the stigma of a prison record. “Prisoner? Do you know the real life of a prisoner?” asks Ray. “Once you’re labelled ‘prisoner’ your life falls apart, in here and outside. Soon your friends disappear, your house gets repossessed. Your business goes bankrupt. Those returning to society are the garbage… nothing but an ex-con. A jailbird. What can they do? They end up back in here and it starts again like an endless cycle.”

Sometimes you’d prefer to draw such conclusions for yourself, rather than have the characters point them out for you. The desire to educate is commendable. The lack of subtlety with which it is done is less so.

Ray has an interesting time in jail. He gets to snitch on everything from drug users to a Death Row son-killer who is feigning madness by rolling faeces into little balls.  He is used by gang leaders to snitch on inconvenient people they want out of the way. He even gets to keep the prison Superintendent company when the Super is jailed on bribery charges. But when his snitching tour is almost at its end, he contrives to facilitate the escape of his long-suffering friends. The finale abandons all educational intent in pursuit of an action-packed, finesse-free finish.

But by that time we’ve been given the tip that maybe Ray wasn’t such a fish-out-of-water; that he may well have set out to kill the businessman who had been extorting sexual favours from his sweet but recovering addict girlfriend in return for keeping Ray out of jail on another charge. It’s a twist that adds ‘psychological thriller’ to the long list of things that the film tries to be.

Bangkok Hell is not so hellish. Unless hell is empathising with characters who may ultimately not be what they seem. 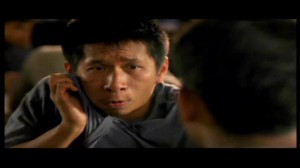 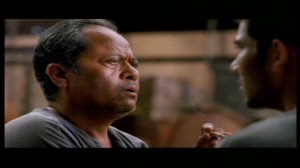