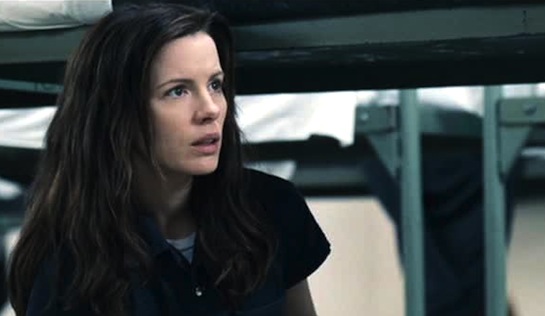 This is one of several films loosely based on the Judith Miller case from 2005 – in which Miller, a journalist, was jailed for 85 days for not revealing sources of information regarding the outing of CIA-operative Valerie Plame (even though she didn’t disclose the information herself). This parallel story (‘inspired by actual events’) takes a simpler, less murky path: all the better to polemicise, it seems.

Rachel Armstrong (Kate Beckinsale) breaks a front-page story, soon after an assassination attempt on the US President and the swift retaliatory military attack on Venezuela (which was suspected of being behind the assassination bid), alleging that a CIA operative had returned from that country and submitted a report to the President, telling him that Venezuela was not responsible for the attempt on his life. Her story also outs Erica Van Doren (the excellent Vera Farmiga), a woman whose daughter attends the same school as her son, as the CIA agent.

The media story is clearly as big headache for the Government, and Armstrong is ruthlessly pursued by Special Prosecutor Patton Dubois (Matt Dillon), who parades her before a grand jury in an attempt to get her to reveal the source of the leak. Armstrong steadfastly refuses to divulge her source, and is jailed for contempt. The twelve months she spends in jail as a contemnor sees her marriage collapse, and her relationship with her son Timothy wither. Public support for her erodes the longer she is in jail; the longer she maintains her silence, the more she is seen to be selfishly sacrificing her son in a bid for First Amendment martyrdom. It is not until the very end that a surprise further motive for her to stick to her guns is revealed… just as she embarks on a further two-year prison term (this time as a common criminal) for obstructing justice.

This is not really a prison movie, but more of a courtroom-led debate on First Amendment rights v National Security interests. That said, Armstrong spends a considerable time in jail, and without the jail component, it would be a much lesser story. And while her prison experience is not at the film’s core, we are treated to a few glimpses of genuine prison issues – like the distress of prisoners as their children drift further and further away until they become almost totally alienated. In Armstrong’s case, it is doubly difficult as her husband and her son are aware that she is (in one sense) able to free herself at any time; she is seen to be choosing prison over her family. By the end, the gulf between mother and son is enormous, seemingly irretrievable, and one is a little amazed that any relationship can truly survive such a test.

Armstrong’s institutionalisation is a real-life prison story, too. She starts out just about as far from a standard prison inmate as one can get, yet by the end of the film she has changed – and her status as a prisoner is confirmed as she fights another woman in a territorial dispute over ownership of the top bunk.

It’s a competent drama, tense, compelling and well acted. It’s neither Judith Miller nor Valerie Plame, but is powerful enough without them. 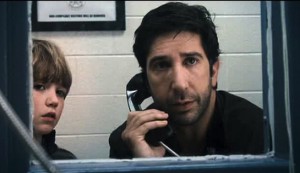 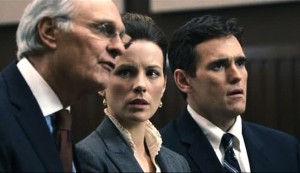