O.G. is not quite OMG!; it’s too quietly intense, too much of a slow-burn. But it’s an outstanding prison movie.

Inmate Louis Menkins (Jeffrey Wright) is at its heart. He is no longer a young man, but some time ago he was ‘the Mayor’ of the prison. Now another prisoner, Terry Macklin calls the shots, and Louis minds his own business. After 24 years in jail for murdering a rival gang member who refused to hand over some cash of which Louis was sent to relieve him, he’s now within five weeks of parole, and he reads widely to try to make sense of stuff that he never understood when he was last on the streets. He is respected, old school, and ‘O.G.’ (original gangster).

Terry, who might not be so old school, sends a young new recruit, Dante ‘Beech’ Beecher (Theothus Carter), to extort some money from him. While he may no longer run the show, Louis is no pushover and gets the better of the younger man. And then, almost inexplicably, he makes it his mission to deter Beech from falling into the same gang-related traps that he did.

He asks for him to be transferred to the prison’s body shop where he and a handful of other trusted prisoners work as auto body mechanics. He gets alongside him on the basketball court. And his intervention raises Terry’s ire, to a point where Louis is called in to be told to leave Beech alone. With an implicit ‘or else’.

The push-and-pull on the key players is the life-force of the movie. Beech is torn between Louis’s wise counsel, and the benefits of being part of Terry’s crew (and the risks inherent in turning him down). Louis is constantly sought out by security staff, notably Danvers (William Fichtner), who hope that his bitterness towards his successor, Terry, and the fact that he is on the cusp of release might lead him to providing information on what’s happening in the prison. Louis resolutely turns them down; he is no snitch, and the guards resort to threatening him with extending his sentence and revoking his parole if he keeps schtum. Both Louis and Beech are tested to the nth degree, by others and their relationship.

The film’s authenticity, rather than the creativity of the story, makes it a standout. Filmed entirely within the Pendleton Correctional Facility, Indiana, it features many of the prison’s inmates and staff in different roles and as extras. Theothus Carter, as Beech, was at the time serving his 65-year sentence at Pendleton, and had never acted before. He has since been transferred to another prison. His performance, and Jeffrey Wright’s, are extraordinary.

Very often it’s the little touches that ring true. Danvers putting Louis on show: demanding to meet him in spaces where other prisoners might suspect that he’s ratting on them, in an attempt to get him to spill the beans. A hastily-arranged restorative justice meeting with the sister of the man whom Louis killed, leaving him afterwards to deal on his own with an emotional cocktail. A parole officer not equipped to deal with the challenges Louis’s return to the community will present. The trashing of Louis’s cell as a reminder to him of who’s boss. The humour. The comfortable space that long-term inmates share with long-term guards who have grown up together. The background noise.

Director Madeleine Sackler nicely captures all these rhythms of prison, from the mundane, day-to-day boring stuff to those where the tension rises or bubbles over.

Few have done it better. 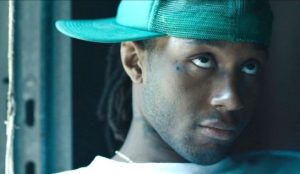 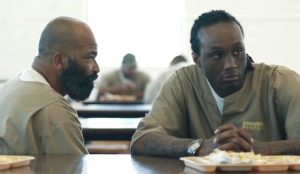 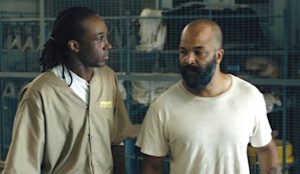 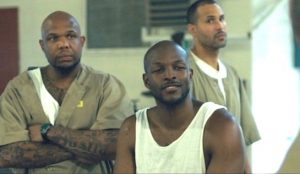 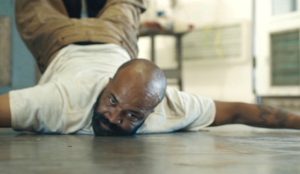 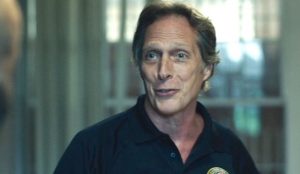