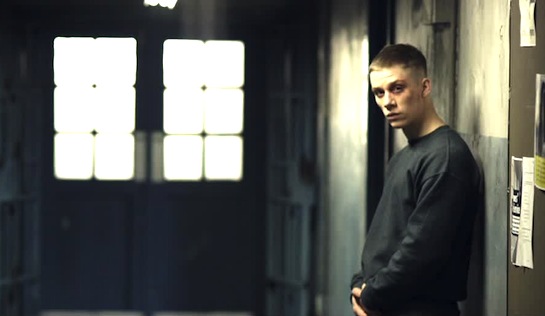 This invites comparisons with Scum (1979), updated and set in the context of the London riots of 2011. But it owes more to Doing Hard Time (2004), a less auspicious film which features another hurt, angry and apparently law-abiding man intent on avenging a terrible crime… and who is similarly prepared to surrender some high moral ground by senselessly attacking police – simply to get into jail and to get access to those who have wronged him.

Most of the action is set in the fictional Gravesmere Young Offender Institution.  I note that HMP Glen Parva YOI is listed in the acknowledgements, but I’m not sure that Gravesmere is exactly the type of institution that the British Prison Service would be keen to have carrying its name. It is crowded, the young men (almost all of whom, in the manner of many of these movies, are well into their twenties) have the run of the place, official tolerance of drug use and serious assaults is right off the scale, suicide is rife (a function, it seems, of the influx of young men drawn into the system for the first time by the riots), and the most corrupt officer in the nick is able to bully everyone (including the insipid Governor) and continue unchecked and undisciplined.

It’s into this prison that Tommy Nix (Joe Cole) is placed for two years after those vicious, unprovoked attacks on police. He is angry, edgy, a nasty piece of work. We think. That is, until we learn that his pregnant girlfriend, a probation officer, was assaulted by one of her clients before witnessing a conversation between two of them which could implicate them in the murder of a jeweller during the rioting. One of them follows her to her car and gives her a savage beating as encouragement not to talk. In hospital she loses her baby and later ditches Tommy – no longer able to bear children and no longer able to bear the dead child’s father, either. Tommy tracks down her clients are and follows them into Gravesmere. He becomes an angry, edgy avenger, which is fine, apparently.

His primary targets are Jake (English Frank) and Mason (Tyson Oba), the former of whom has quickly risen up the prisoner hierarchy and is not to be messed with, and the latter who has bailed out and joined the Muslim brotherhood. Tommy manages – with a combination of luck and raw violence – to negotiate the politics of the prison and keep himself alive. Somehow he also avoids being removed from the wing housing his targets, despite wearing a number of very obvious scars of battle and the whole prison seeming to know of his involvement in the growing number of attacks.

The film is cliché-ridden and oh-so-desperate to appeal to a certain audience; behind every cell door lurks a rapper, with English Frank, G FrSH and Scorcher all having key roles, and Mic Righteous scoring a cameo. For all its nowness it celebrates violence, reinforces stereotypes and relies on the highly improbable in much the same way as just about every prison action movie you have ever seen. But would I rather watch a skinny, edgy bloke take on the bad guys and avenge some wrongs than a JCVD or a Sly or an Arnie?  You bet. 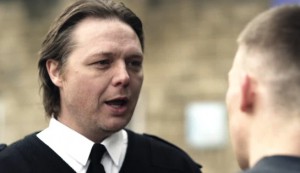 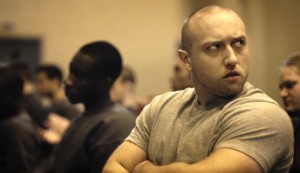