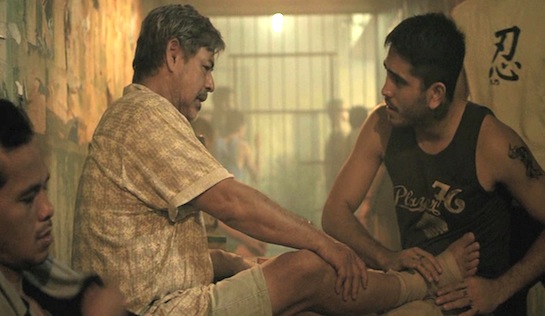 Two contract killers and two honest cops in pursuit of them. Sounds simple, but this is anything but. The two killers are prisoners, briefly let out of prison and then sequestered away again after each hit. And the two cops find that they are looking for bigger fish to fry.

Mario Maghari (Joel Torre), known as ‘Tatang’, has served 13 years and is an old hand at the hit-man business. Professional, thorough, nondescript. He makes sure that he doesn’t stand out in a crowd, and that neither his fellow prisoners, nor the prison guards whom he pays off and relies on to get him out of the New Chapter Provincial Jail, have reason to be jealous of him. His much younger backup and protégé, Daniel Benitez (Gerald Anderson), has a lot to learn; he has swagger, is too showy, is seduced by the money. And doesn’t pay enough attention to detail.

When the investigation of one of their hits starts to point towards people in high places, the National Bureau of Investigation’s Francis Coronel Jr (Piolo Pascual) is brought in to replace the original investigator, the diligent Sgt Joaquin Acosta (Joey Marquez). Acosta rightly smells a rat. Coronel is young, handsome, and married to the beautiful daughter of a wealthy congressman.

Acosta won’t be put off and refuses to stop investigating the case. In time, the two investigators team up together, and get closer to finding the truth. Coronel, who is advised by his father-in-law to learn to compromise on the way up (“When you’re starting out, you should sway like bamboo”), realises that compromise in this case means overlooking the involvement of senior military men and politicians in the business of arranging for people to be knocked off by several teams of serving prisoners. Prisoners are preferred for this dirty work, it is said, because they cause fewer headaches and can’t complain. Coronel has to decide whether to put his policing and political aspirations, and even his relationships, at risk by continuing to try to uncover the truth.

For Tatang and Daniel, it’s a little simpler – at least until Tatang is told that he is to be paroled. The money they earn as hit men allows them to live comfortably, and to send something home to their families. Tatang is putting his daughter through law school. Both men tell their families that they are away, working, with bosses who won’t let them go home.

It’s a fascinating view of prison, insofar as it is not very different to the murky depiction of metropolitan Manila. There is a blurring of the edges between the two – the prison clearly leaks and both it and the city are overcrowded, bustling places, teeming with people and energy and corruption and ruthlessness and dishonourable acts. In fact, prison life appears more predictable, more open and honest, less dangerous than the place inhabited by Generals and politicians. They are both dog-eat-dog environments, but it seems more true of the outside that the bad have the power and flourish, while the good fight to survive.

A very different perspective on prison. And not much to encourage you to visit Manila. 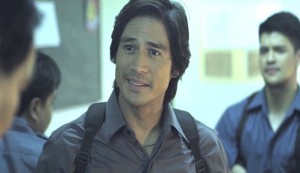 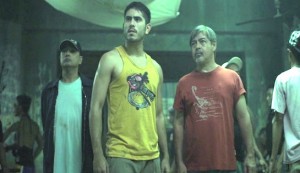