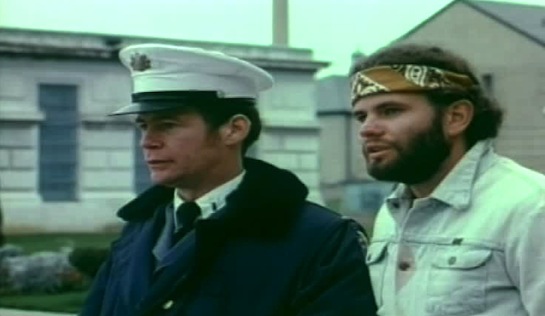 This is my sort of prison movie; the Real McCoy. A movie about prison as much as it is about the lives and stories of the characters who inhabit it.

In some respects nothing much happens (except, on reflection, a prisoner bashed to death with a pipe, a bizarre escape and a few other bits and pieces), but the strength of the movie is its depiction of the mindless tedium of prison life and the ultimate pointlessness of much of the scheming and dealing and intrigue.

Malcolm Braly wrote the screenplay, based on the book he wrote soon after being released from San Quentin in the mid ’60s. Braly apparently spent a lot of time in prison, and it shows in the realness of the interactions between prisoners. And staff. To add to its authentic feel, the film was shot on location at the State Prison at Rockview, Bellefonte, Pennsylvania, with the involvement of the prison’s staff and inmates. In every respect, it seems the real deal.

The central player is Billy ‘Chilly’ Oberholster (Thomas Waites). Chilly is not to be messed with. He is the prison’s top con; he runs the book, has a nice trade in cigarettes, is in league with a corrupt Lieutenant and can arrange access to almost anything in the jail. And he’s clever enough (and well-connected enough) to fly under the radar most of the time; others do his dirty work.

But it’s not just the ruthless Chilly character who makes the movie; it’s many little things that give  the film its credibility. The prison’s new Captain Blake knows that Chilly is undermining the good order of the prison and wants to remove him from circulation, but the warden refuses to do so until more hard evidence against him can be found; the tensions are not all on the prisoners’ side. One prisoner, unfairly denied a peach with his meal, seizes the whole tub of peaches and defiantly eats his way through them until the guards grab him and take him away, to wild applause. Chilly’s right-hand-man, Lester ‘Red’ Moon (Mike Kellin), goes up for parole but stumbles dumbly when asked why it is that he has never sought work other than in the weeks just prior to the parole hearing.

Into Chilly’s murky world strays Paul Juleson (John Heard). Juleson is three years into his sentence for killing his wife, but he’s still out of place in this environment (except for his anger, which is never far beneath the surface). He has run out of cigarettes and approaches Chilly for an advance, counting on some birthday money coming in from an aunt. Chilly obliges, on his usual strict terms.

Juleson staunchly holds onto his view that he’s not like the rest of the prisoners, and out of principle won’t engage in the usual prisoner contra deals. A trusty in the job allocation office, he refuses to try to get one of Chilly’s cronies, Nunn (Richard Bright) a cushy job in the print shop, and won’t reconsider even when his aunt’s money doesn’t arrive and Chilly offers to forget the debt if he pulls a job for his buddy. Later he is offended when Chilly wants to extract a penalty payment from him – as if his word that the debt would be repaid were not sufficient!

Owing Chilly is not a good place to be, but Juleson shows some spunk and refuses protective custody. Chilly can’t of course allow any prisoner who reneges on a deal to get away with it, and he arranges for Juleson to be bashed – but not too hard. His enforcer unfortunately goes a bit overboard; Chilly’s reputation is no doubt enhanced, but he will never get to recover the debt. It’s no big deal.

The only time that one’s credulity is seriously tested is when Red, almost by mistake, finds himself in a home-made hot air balloon, escaping from the prison. In Skidoo (1968) this was done for comedic effect; here, extraordinarily, it’s played for pretty much straight – even if the balloon is the handiwork of a laughable, Walter Mitty-type character. The escape is sadly out of keeping with the rest of the film.

The high drama of both Juleson’s murder and the escape is kept low key and in perspective; it is almost as though these are mere interruptions to the standard wheeling and dealing and nothing-much-happening. The focus is not on the bursts of excitement but on the daily lived experience, quietly dramatic in its own way: After Juleson is killed Chilly is taken out of circulation. Someone steps up to take his place; life goes on without him.

A terrific, worthy example of the genre. 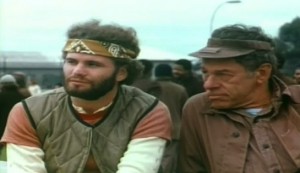 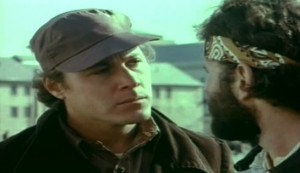