The fourth movie in the Storm franchise [following on from Z Storm (2014), S Storm (2016), L Storm (2018), from which I have been successfully sheltered in each case, and not counting the yet-to-be-released G Storm], this again features William Luk Chi Lim (Louis Koo) as a super-committed investigator from Hong Kong’s Independent Commission Against Corruption (ICAC).

Luk becomes aware that the hugely wealthy property developer Cao Yuen Yuen (Raymond Lam) is due for early release after copping a lengthy sentence for his part in the death of one of Luk’s former teachers – Cao’s gang had made a unsubtle opening bid to acquire the old man’s land. With a bulldozer. Anyway, Luk smells a rat (or, rather, is given a rat to smell) and determines to go undercover in the prison to find out what’s going on, against the advice of the Correctional Services Commissioner. It’s a particularly risky venture given that one of his earlier targets, former Police Superintendent Wong Man Ban (Lam Ka Tung) is also in residence there after Luk put him inside on corruption charges in Z Storm.

Luk contrives to get inside Chek O Prison by joining an illegal street race and skolling some tequila, just before being detained with the other revheads at a police roadblock. He gets three months for dangerous driving. Hello, Chek O!

The prison Chief Superintendent, Sham Kwok Keung (Patrick Tam), soon to become one of the subjects of Luk’s corruption investigation, delivers a novel, if abstruse, speech to our newly received ‘white hand’ (first timer) hero: “You feel ashamed?” he asks the naked ICAC man. “I suggest that you leave your dignity with your belongings. Dignity is contraband here. Just do as you’re told. If I say ‘Sneeze’, don’t you dare cough. If you want to have a cold, you’d better not have the ‘flu.” Luk takes the advice and is never once caught in possession of dignity, though one suspects he may have secreted it in his nasal decongestant.

Now, ‘self-preservation’ is not in Luk’s vocabulary. Counting on none of the prisoners having seen his starring roles in Storms Z, S or L, he uses his own name, as you do when you’re undercover… and hopes that Wong et al don’t reveal his crime-busting identity. Big ask. He gets visits from ICAC colleagues who look neither lawyer nor family; they look exactly like ICAC investigators, but still never give the game away. He looks like Mr Clean.

What follows, predictably, is a series of incidents in which Luk increasingly riskily ingratiates and aligns himself with Cao’s gang, The Pricelings, which fights for prison yard supremacy with Wong’s gang, which is made up of a surprising number of bent cops. Outside of the gangs, he forms a friendship with Wong ‘Fluke’ Lam Luk (Louis Cheung Kai Chung), a recidivist who finds it far easier in prison than on the outside… until his girlfriend becomes pregnant and tells him she has found someone else.

Inevitably, Luk is tested. He is set upon by Wong’s men. Beaten. And stabbed, after stepping in to prevent an assault on Cao. Nonetheless, Cao is wary of the newcomer and endeavours to trace his background. ‘Brother’ Luk is required to inflict nastiness on others as proof of his allegiance to The Pricelings’ cause; betrayal being met with particular harshness (hammers being the persuader of choice). Every five minutes he narrowly escapes his cover being blown, but he manages to keep feeding his ICAC mates with priceless scraps of evidence.

This is an action movie, so by the end there are girlfriends holed up in safe houses to save, and races against time, and shootouts in which heroes dodge sprayed bullets from automatic weapons while bad guys die from an eyebrow vaguely arched in their direction.

But at the heart of the movie is this giant corruption case that Luk busts open. It involves the children of nine correctional employees receiving US college scholarships while their dads turn blind eyes to… a few smuggled beers, mobile phones and falsified documentation attesting to Cao completing his MBA in prison – the latter of which helps him secure his release.

I don’t know about you, but that doesn’t sound like the biggest return on an expensive investment for a prison heavyweight with all the key prison guards in his pocket. It might have been cheaper to buy the judge. Not that I’d condone any of that, of course.

This is watchable but a little preposterous, and probably tells you very little about the Hong Kong prison system. Other than that if the warden ever says ‘Sneeze’, you don’t cough. 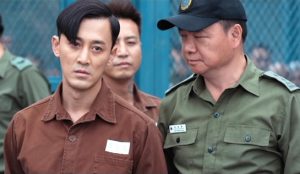 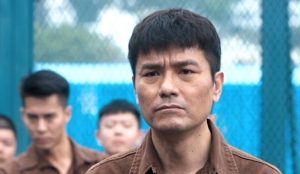 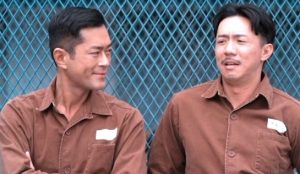 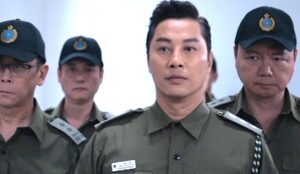 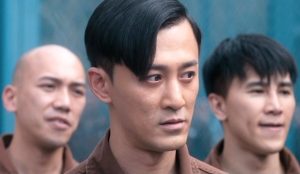 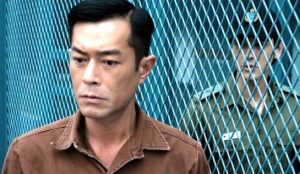