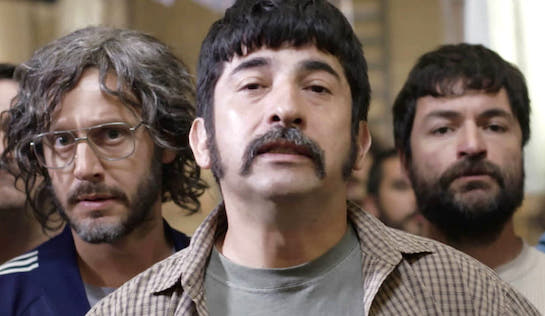 Tunnelling movies? We have them in spades. Here is another one, and a good one at that.

I must admit that before this movie, I was unaware of the Chilean escape on which this film is based: the not-to-be-sniffed-at escape from the Santiago Public Jail on 29 January 1990 (or 30 January if you prefer sources other than this movie) of 49 political prisoners, or terrorists, depending on your political viewpoint, most of them members of the Manuel Rodriguez Patriotic Front (and some of them sentenced to death from the failed assassination attempt on President Augusto Pinochet in September 1986, in which five bodyguards were killed). Maybe the story didn’t register on my local TV or print news; pushed aside by the Royal Family’s tips for saving on electricity bills or a story on a ‘breakthrough’ medical discovery giving hope to cancer sufferers that has gone nowhere in three decades. Or maybe I just missed it. But 50 guerrillas escaping (one of whom got stuck in the tunnel and didn’t get away) through a lit, ventilated, 80 yard tunnel, with tracks for soil-removal carts, under a road and over the dome of an underground rail tunnel before landing in an abandoned railway station… that’s big news, isn’t it?

How faithful the movie is to the contribution of particular individuals, I’m not sure. The key drivers in the film version are León Vargas (Benjamín Vicuña), a grieving engineer (and brilliant tunnel architect) whose wife and daughter have been murdered, leaving him a bit of a loner but desperate to get out to find the murderers; Rafael Jiménez (Roberto Farías), a leader unafraid to place himself in the front line of any confrontation between the pro-Pinochet guards and his Marxist-Leninist comrades; and Germán Sanchez (Victor Montero), who is not nearly as interesting as the other two.

In fact, the star that shines brighter than them all is the tunnel that they dig, started almost as soon as the jail’s 120 political prisoners are removed from the 2,000-strong population of ordinary criminals and managed as a group – a decision that the warden, Colonel Alcaide Jorquera (Willy Semler) probably regrets at the end – and which takes over a year and a half to construct. Fascinatingly, before the first brick has been dislodged, the prisoners are simply taken in one large group to the wing of the jail that it has been decided they will now occupy, and are left to choose their own cells and cellmates (another regrettable decision, you’d think). León and Rafael have their sights on one cell, but miss out in the rush for the prime real estate; it’s taken. They have been planning the escape even before their arrival, and those plans have to be tweaked slightly.

Naturally enough, the mechanics of the tunnel and how they dispose of the tons of soil are more interesting than the tension of whether the bid will be successful. Once again, because it is ‘inspired by’ a true story, and is billed as Chile’s biggest prison break, you are never in doubt that lots of men get out. Which ones don’t is really the only unknown. Will it be any of the principals, perhaps, or Patricio ‘Pituco’ (meaning ‘posh’) Velásquez, a doctor, or Óscar Lira (Diego Ruiz), the son of a prominent Front member who is targeted by the regime (and would seem to have been tortured) on account of his father?

The tunnel entrance and the entrance to the crawlspace above the cells, where tons of soil are deposited without ever attracting notice, are ingeniously camouflaged. The threats to exposure or discovery – snitches, shakedowns, slip-ups once more and more trusted prisoners are brought into the circle to increase excavation rates, a lack of air in the tunnel and even earthquakes – are pretty constant. The only thing not to pose a threat, it seems, is the risk of being discovered by observant, conscientious, on-the-ball guards.

For prison movie aficionados, and even those who are not, there are nice prisonny touches throughout: A tiny solitary cell, into which several of the men are thrown for disciplinary offences, ironically referred to as ‘the hotel’. The strain evident in just about every family visit: amongst them Patricio and his disappointed father, Rafael and his ex-wife, Paulina (Francisca Gavilán), who wants to take his kids to Curicó (but who still, in a supposed conjugal visit, agrees to helping organise transport and safe houses for the men once they escape), Óscar and his conservative, disapproving brother. And León, watching on, in pain, with no family to visit. The games surrounding the suspected snitch, Bigote (Gonzalo Canelo), whom the guards cultivate and the prisoners treat with extreme caution. Events on the outside (the killing of two cops) spilling over into retaliatory action by the guards against the already-imprisoned Front members. A clever, riotous diversion to prevent a threatening search at an inopportune time. And more.

As far as escape movies go, this is top notch – in audacity, in the technical aspects of the escape route, and in the number of escapes facilitated… and in its watchability. Absolutely worth a look. 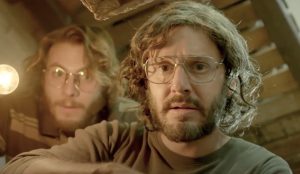 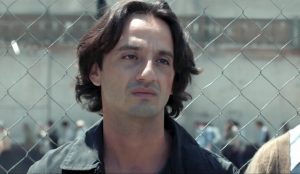 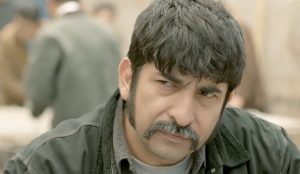 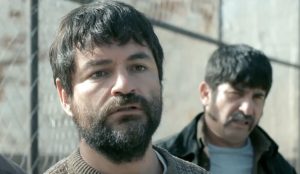 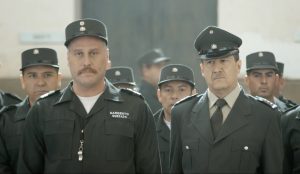 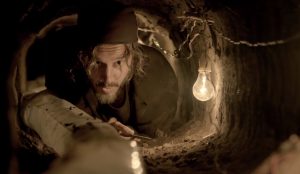