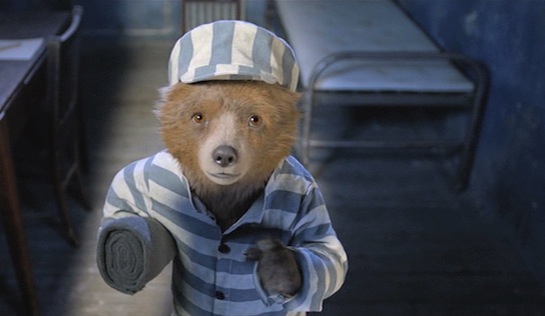 I thought that I was too old for Michael Bond’s Paddington books to have been around when I was young. I was wrong. I thought, too, that I might be too old (read ‘cantankerous’) to enjoy a movie featuring a proper, English, whispery-voiced, marmalade-loving, animated small bear. Wrong again.

It is simply a charming film. One, significantly, that gently but forcibly advocates for kindness and good manners. And one, some have contended – on the basis of Paddington’s origins in ‘darkest Peru’ – that argues for a more generous treatment of immigrants. There’s a good deal of prison in the film, but it’s it’s not really a film that has much to say about prison… other than perhaps to say that even the most intimidating of prisoners is capable of doing the right thing.

The action kicks off with Paddington (voiced by Ben Whishaw) enchanting all the locals in London’s Windsor Gardens, where he he has been lovingly adopted by the Brown family. He is intent on sending a birthday present to his Aunt Lucy, who is turning 100, and discovers the perfect gift: an ancient pop-up book on London. But there are two problems; (a) he can’t afford it, and (b) a local puffed-up, washed-up actor, Phoenix Buchanan (Hugh Grant), knows that the book contains some secrets and he sets out to get it for himself.

Paddington finds himself tracking a burglar who steals the pop-up book from the antique store, and in his pursuit is mistaken for the thief. He is seemingly immediately sent to prison – the Portobello Gaol (played by Dublin’s Kilmainham Gaol and Somerset’s HM Prison Shepton Mallet) – bail being notoriously hard for bears to get in Windsor Gardens. But in any event he is very promptly tried, convicted and sentenced to ten years for grand theft and grievous barberly harm (a pun that might lose something in the explanation).

So there is quite a lot of prison and yes, there is a certain magical lack of authenticity in the prison scenes: a kitchen run by a single prisoner, Knuckles McGinty (Brendan Gleeson), for example. Bedtime stories read over the tannoy to help the prisoners off to sleep. A hot air balloon [reminiscent of Skidoo (1968)] able to be constructed out tablecloths and a laundry basket, in which Paddington – who has decided that the Browns have given up on him before he can prove his innocence – escapes, with Knuckles and Spoon and Phibs. A disquieting lack of prison officers. Not to mention that when in charge of the prison laundry Paddington puts one red sock into one of the four washers, yet every item of clothing in the prison (with the exception of Knuckles’ uniform) turns pink. Hmmm.

It is nonetheless delightful, and if the key prison messages are that manners are important and that even the toughest prisoners can surprise by making decent choices when it counts, that’s not so bad either. 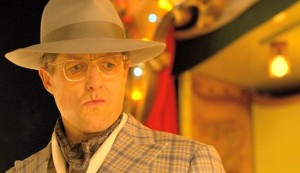 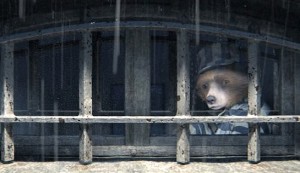 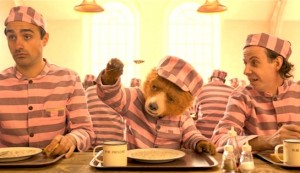 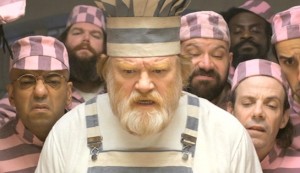