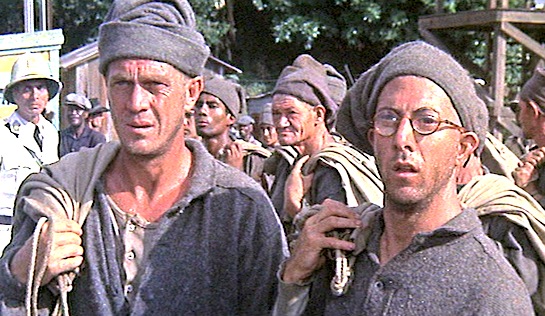 I remember that I loved this book back in the early 1970s – a rollicking yarn, and a supposedly true account of Henri Charrière’s nine (?) escapes from prison in and around French Guiana (and notably from Devil’s Island) in the 1930s and 40s.  Perhaps I was still young and impressionable when I read it, and the book is really as tedious as this long and largely uninspired film.

Neither the principal actors, Steve McQueen (Papillon) and Dustin Hoffman (as his monied fellow prisoner, Louis Dega), nor the set are particularly convincing.  It’s hard for a film to be both predictable (eg in the depiction of the soul-destroyingness of solitary confinement, which accounts for 25 minutes of film-time, and from which you know the heavily-made-up Papillon will emerge resolute, even when placed on half-rationed gruel and water) and bizarrely unbelievable (eg being saved by an unknown tattooed man who kills the bounty hunters who were set to return the heroes to custody following a dastardly double crossing on an escape bid – which allows Papillon to make it to a lepers’ colony and from there to a village full of beautiful young topless South American maidens, at which he is abandoned with riches, only to be rescued by nuns who double cross him again).  But this film manages it.

In most prison escape movies one finds oneself (despite one’s professional interest in such matters) urging the prisoners on.  But in this movie one really gets to know neither of the protagonists, and cares not whether they get out of the movie set in which they are imprisoned, or die or survive or get caught or get swept away.  One simply wishes it were over. 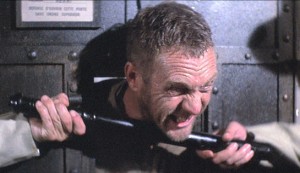 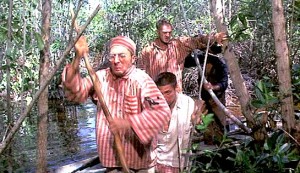