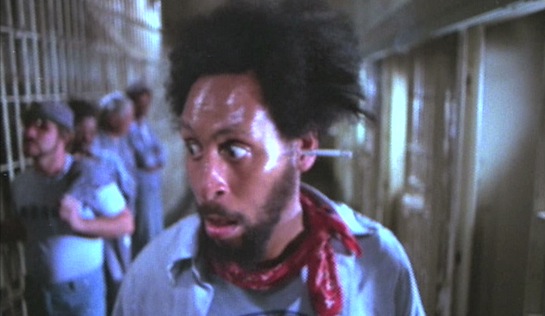 It follows Martel ‘Too Sweet’ Gordone (Leon Isaac Kennedy), a drifter who, when we first see him, is living in the desert under a sort of a canvas lean-to, being harassed by two white bikers. Hitchhiking, he gets picked up by a prostitute and soon finds himself defending her honour against the two bikers, one of whom ends up dead. Too Sweet ends up in jail where there’s much jive talkin’, some ritual humiliation of a new prisoner, Eugene (Thommy Pollard), by a prisoner known as Half Dead (Badja Djola), prisoners practising a Temptations routine in the exercise yard, and your standard heavy on the block, Jesse Amos (Donovan Womack).

Too Sweet doesn’t want to get involved in too much but then early parole is offered to the prison’s best boxer by the boxing-promoter brother-in-law of the prison’s head guard. It’s one of those little known pieces of legislation, obviously. Then we get to the fights. Too Sweet and Half Dead, who share a cell, have a no-holds-barred scrap in the cell they share – the result of Too Sweet declining to be raped as payback for intervening on Eugene’s behalf as the young bloke is getting assaulted by Jesse. It’s a bit WWE.  And that’s before the boxing matches start.

Are the fight scenes good? Well, sometimes the audio and vision of the punches are synchronised, and spliced into the action are scenes of other prisoners having sex in the toilets with women prisoners from the next-door jail who have bizarrely been invited to watch the fights. I don’t know whether the film is trying to make a statement about the violent nature of sex or the intimacy of boxing, or both, or neither. Eugene, who has become Jesse’s plaything, asserts his manhood or independence in the ring before getting stabbed to death as Jesse’s men try to take out Too Sweet, who meanwhile (during a conjugal visit with the same hooker from the first scenes of the film – another novel boxing prize) learns that it was she who killed the biker for which he’s been carrying the can.

Finally, it comes down to a bout between Too Sweet and Jesse for the right to head off to a glittering boxing career. If, as one could easily claim, the message of the film is to draw parallels between African-Americans’ fight for recognition and the stories of the wrongly-convicted Too Sweet and the downtrodden and abused Eugene (both rising above their oppressors), then you’ve got to wonder why Too Sweet would look forward to a future governed by a white promoter.

The only saving graces of the movie are the short scenes involving a 65-year-old proud but institutionalised prisoner, ‘Seldom Seen’ (Floyd Chatman), who reflects on his status in prison and what he would have if he were released. To think that the movie spawned two sequels, Penitentiary II and Penitentiary III, the latter involving a martial-arts trained midget named Thud, is frightening. 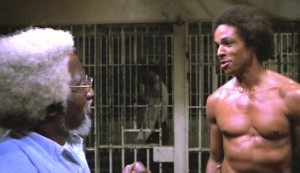 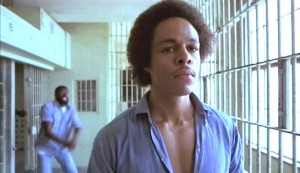