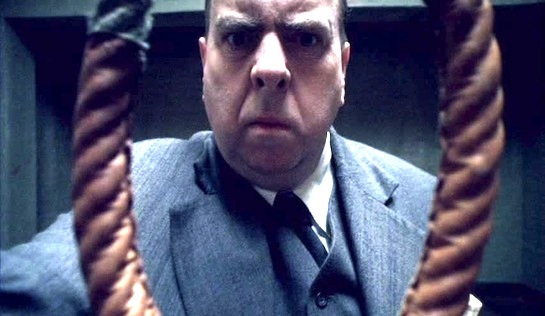 Albert Pierrepoint was not Britain’s last hangman; he retired in 1956 and others continued to hang people until 1964. But he was, by all accounts, the most prolific and the most proficient. This is his story, and it seems that for the most part it is faithfully told.

Just how many people he hanged is not clear. The film suggests 608, but this is not backed by official records, which suggest something closer to 435 executions between 1933 and 1955, including 17 women and more than 200 Nazi war criminals whom he hanged in Germany and Austria following war crimes trials.

Pierrepoint’s father and uncle were both executioners, though neither achieved the celebrity of Albert, whose identity as the executioner of the Beast of Belsen and other war criminals somehow became known and he was hailed as a national hero for his role in their demise. But anonymity for a hangman is critical to avoid confrontations – with relatives of those on whom the death sentence has been pronounced, with fierce campaigners against capital punishment, and with people who simply find the work contemptible and abhorrent… and want to share that view.

Pierrepoint (Timothy Spall) is portrayed here as a shy, socially inept man who becomes another person when he (a) performs music hall sketches with fellow drinker ‘Tish’ (Eddie Marsan) in the local pub, or (b) executes someone. His approach to hanging is to get the job done right (he was said to be the best at estimating the drop required based on weight and strength of neck), get it done quickly (not giving the condemned person time to get frightened or fight or struggle; “no sense in prolonging the agony… for him, or for you,” his instructor tells him early), and then caring for the body afterwards (“She paid the price. She’s innocent now,” he says of one woman he has just executed. And of a Nazi whom he has similarly just exterminated, “He’s atoned for his sins. What’s left of him must be treated with gentle dignity…”).

It is his ordinariness and decency that counter-intuitively make Pierrepoint an interesting figure. He has an ordinary wife and, (aside from killing people as a sideline), an ordinary day job, delivering groceries. But he is proud of his achievements (proud to be selected by Field Marshal Montgomery to execute the Nazis the fair, British way, and proud to be known as the fastest executioner around – including a record of seven seconds from the point of entering the condemned man’s cell to pulling the lever).

Throughout his hundreds of hangings he manages to keep an emotional distance: “When I walk into that cell, I leave Albert Pierrepoint outside; I never mix the two,” he insists. But he is badly shaken when his old mate Tish, whose proper name of James Corbett he fails to recognise when it appears on his list, awaits him in the condemned men’s cell. It doesn’t stop him hanging him, or others. The guilt of a number of those whom Pierrepoint executed was not so clear, and some were even pardoned after their deaths, posthumously exonerated or the verdicts that sent them to the gallows declared unsafe. The film neither dwells on these cases nor suggests that they had any impact on Pierrepoint at all.

Though all the British hangings take part in grand old prisons, we see virtually none of them. We see nothing of the condemned men and women who live in those prisons, either, other than when they are greeted by Pierrepoint at 9.00 am on the appointed day. So it’s not a great prison film, but if you’re looking for a film that showcases the art of hanging, this could well be it. Fascinating. 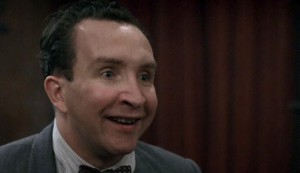 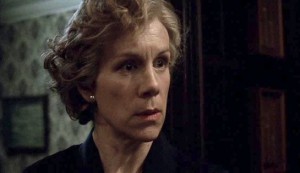