Pixote: A Lei do Mais Fraco (‘the law of the weakest’) is celebrated for (or rather enjoys a reputation for) its unrelenting grimness. And for good reason. If you looked in the dictionary and it said: gr?m a. harsh, joyless, pixotish – you probably wouldn’t baulk… provided that you didn’t know that Pixote is sometimes translated as PeeWee, which doesn’t sound quite so grim.

João Henrique, known as ‘Pixote’, is one of many desperately impoverished kids in São Paulo rounded up and thrown into a reformatory after an old man – a judge – is pushed under a car and killed; being under 18, they are too young to be charged under Brazilian law with a criminal offence. And because they are too young to be charged with a criminal offence, they are a little vulnerable to exploitation by adults who seek them out to commit crimes. Some, it must be said, need little encouragement. Pixote (Fernando Ramos da Silva) is not so different to the others, but he is just 10.

The reformatory is its own jungle. One kid is raped and you get the sense it’s not an uncommon event. Another, Fumaça (Zenildo Oliveira Santos), is taken out and questioned by a corrupt cop, Almir (João José Pompeu), who tries to pin the judge’s murder on him. Fumaça is so badly beaten he dies, his body dumped on a rubbish heap outside the reformatory, and the authorities then go public, blaming another detainee for his murder. That young man holds staff at bay with a knife and is then taken away by them and beaten with an axe handle. He, too, dies – in the arms of his lover, Lilica (Jorge Julião), a trans woman who is also suspected of the judge’s murder. Too young to be charged under the law, but old enough to suffer its rogue excesses.

Enough is enough for four of them. Pixote, just recovered from a glue-sniffing overdose, Lilica, Dito (Gilberto Moura), who quickly replaces the dead boy as the object of Lilica’s affections, and Chico (Edilson Lino) escape from the infirmary together. They soon meet up with a drug dealer friend of Lilica’s, head to Rio, get ripped off by a showgirl, and pimp for a weary prostitute, Sueli (Marília Pêra), who is recovering from a self-inflicted abortion but still attracts the johns who the kids then roll. They sell drugs, get money, buy guns, and find the trouble that guns bring. Some find death and others more misery. Pixote, with lifeless, old, sad eyes and a gun in his hand, might be 10 or might be 11.

It’s not an uplifting tale. But one suspects that it is an authentic portrayal of the lives of young kids from the poverty-stricken shanty-towns on the outskirts of São Paulo.

One of those, Fernando Ramos da Silva, who played Pixote, was one of ten children living with his single mother when chosen to play the lead role. A few years later, in 1987, he was dead, at 19; shot by police. Official police and popular accounts differ, it seems, on whether he was armed at the time. What doesn’t seem to be in dispute is that despite his fame and his pursuit of an acting career he struggled to break away from the poverty and the life mapped out for him by being brought up in the São Paulo slums; his illiteracy perhaps proving too great a barrier to him learning his lines, and his acting dreams soon collapsed. He may also have been more attracted to the life of the young gangster he played. 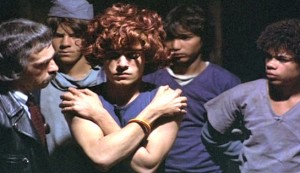 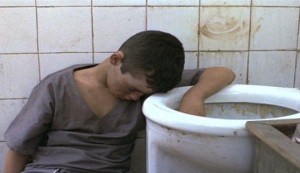 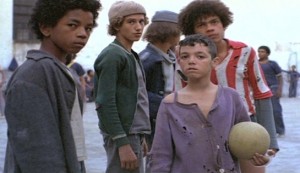 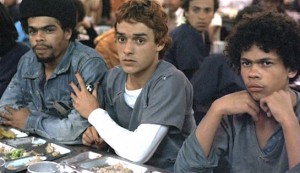