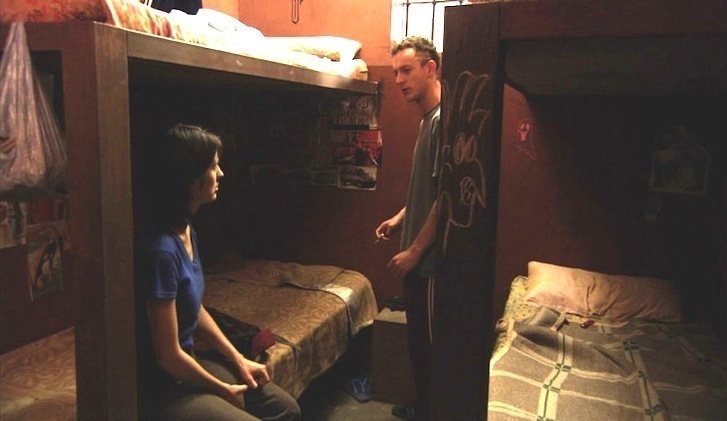 It is the absence of men that one first notices in the visitors’ queue. There are resigned wives, dutiful girlfriends, tired mothers, teary grandmothers. But no men.

Proper Eyes tries to capture the experience of those women, following their menfolk as they move from prison to desolate prison. It’s seen largely through the eyes of a film-school student, Alicia (Ana Carabajal), who with her fellow student Virginia (Mara Santucho) is seeking to find women interested in being interviewed for a thesis on women who visit prisoners. No-one is interested until Elsa (Luisa Núñez), whose youngest son Luis (Maximiliano Gallo) is on remand, agrees (after several frustrating false starts) on the proviso that Alicia visits him. It seems that Elsa hopes that a romance might blossom, that Luis might settle down. She even invites Alicia to her family birthday party, and introduces her as Luis’s girlfriend.

Before her first visit, Alicia is scared. With good reason. When it occurs, the visit takes place in Luis’s cell. He offers her maté; she accepts. She doesn’t know him; he gets overly amorous, and she is suddenly very much on her own, in a cell, in a prison. He catches himself, sensing her panic, and apologises.

Back on the outside, she finally gets her interview, pushing through Elsa’s distress; she knows what she wants. Later, after Luis is sentenced to three years inside, Elsa uproots and follows him from Córdoba to be close to his new jail, close (I think) to the Uruguayan border. Alicia also visits him there, but the meeting does not go as either she or the viewer expect; she may not know what she wants after all.

The whole film, aside from its final dramatic moments, is measured and understated. Things happen slowly. Inconveniently. When Alicia first goes into the prison and takes a pie that Elsa has brought for Luis, the guards methodically slice it, poke it and interrogate it (reminiscent of a similar scene in Le Trou) to make sure it doesn’t contain contraband. When she is searched on entry to the prison for the first time as a visitor, the intrusiveness and thoroughness of the search underscore the pain and humiliation that these women must endure in order to support their men inside. When Alicia and Virginia are caught in the rain outside Elsa’s place, they wait for ages for the door to be opened. There are no short cuts; nothing is easily won, easily resolved. A bit like prison, really.

What we see of the women’s emotional responses to the men inside is similarly complex. The last word is left to Elsa, who worries both that Luis might get killed when he’s on the streets, and that he might get raped when he’s in prison. On balance, she’s happier that he’s in prison: “I prefer it because it’s safe.” 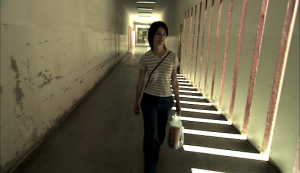 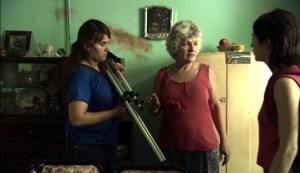 [Alternatively known as Through Her Own Eyes].