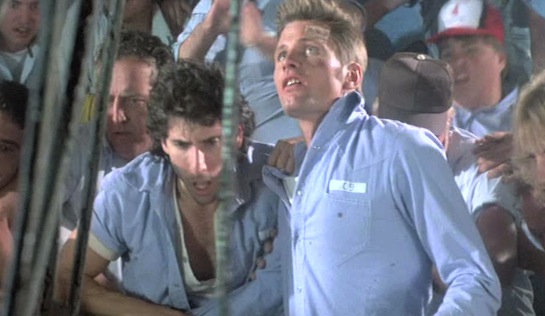 I put off watching this movie for years, thinking for some reason that – despite its title – it had not much to do with prison, a little like Ingmar Bergman’s 1949 film of the same name. That was a little foolish, in retrospect, a bit like expecting no music in The Sound of Music or no dogs in Reservoir Dogs.

The prison in question is an old prison, the Wyoming State Penitentiary, closed in 1968 and re-opened in a hurry, despite its dilapidation, after a gap of almost 20 years. At its head is Warden Ethan Sharpe (Lane Smith), who had been a correctional officer there in 1964 when a prisoner, Charles Forsythe, was executed for beating another prisoner to death. Sharpe has a reputation as a hard man, not known for his progressive approach to correctional practice. Or, as Katherine Walker (Chelsea Field) – the sole, token woman in the movie, the sole advocate for prison reform and the lone representative of the Prison Board – complains, “the man is a dinosaur.” Hard man and dinosaur or not, Sharpe still has night terrors over that execution, two decades on.

It’s after Warden Sharpe orders that the prison’s sealed-off old death chamber be opened up that things really start to happen. When the chamber is broken into a malevolent electric supernatural force is unleashed, its anger oddly indiscriminate – two prisoners meet gruesome deaths, and then a guard. Even when it becomes evident that the ghosty thing is probably the wrongly-accused, wrongly-executed Forsythe, and that Warden Sharpe and one older prisoner, Burton Cresus (Lincoln Kilpatrick), might reasonably be targets of the poltergeist’s wrath, it continues to wreak havoc on the prison as a whole.

Through all of this an unassuming car thief and first-time prisoner, Burke (Viggo Mortensen), ambles, James-Dean-like, from one notable or heroic act to another. It’s he and one other prisoner who release Forsythe’s spirit from the execution chamber. He then rescues another prisoner from a burning cell in ‘The Hole’ after the spirit has incinerated another, pushing aside a fearful, leaden-footed guard to do so. Proving he’s a hard man (or one a little distracted by past follies), Sharpe berates Burke for his brave ‘stunt’ and tells him that it will curry no favour with the Parole Board.

The bucolic Burke also tangles with the prison’s top dog, humiliates him in front of the whole prison, and coolly walks away. He also bravely sticks up for his ageing cellmate, Cresus, who collapses after the warden, getting increasingly frantic, orders all prisoners to stand in the yard overnight until one of them confesses to the poltergeist’s killings. Burke is a little untouchable, and the fact that he looks remarkably like the innocent Forsythe circa 1964 is not of any assistance at all to the warden’s blood pressure.

Prison is certainly one of the better prison horror movies. It manages to combine some of the ordinariness of prison life (or at least familiar elements of the traditional prison movie) with the grisly supernatural… sufficiently well for it not to be too unbelievable that the chaos created by the very angry spirit might be the work of prisoners or even the old prison’s creaking, failing infrastructure. For a time, at least. And it rollicks a bit, which is fun. 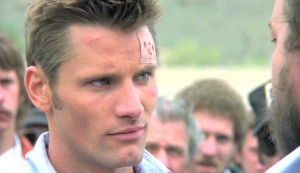 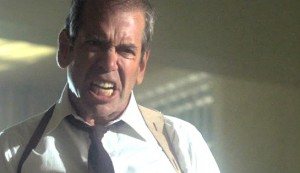