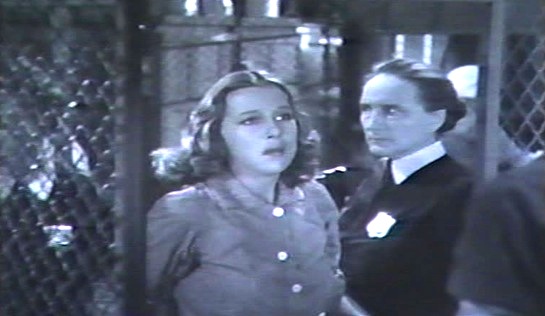 There’s no place like prison to learn that your lover is a loser… and then fall in love again. Just ask Jean Forest.

Larry Harrison (Lloyd Nolan) is a smooth, no good layabout. He is the much older and undeserving beau of 21-year-old Jean (Shirley Ross), but Jean is blind to the undeservingness, even if her surrogate mother Cora (Esther Dale), who runs the local diner, is not.

In an apparent attempt to prove his worth and pay for his own lunch, Larry robs a payroll truck driver, makes off with $9,000 and tells Jean that he’s just landed a big deal. When he hears on the radio that the driver has died of his injuries, he pretends that he has to urgently head off to Winnipeg to take up a job offer, and asks Jean to toss in her job and join him.

She does, but while driving to their rendezvous point in a small, hick town, her car runs out of gas. She is offered a lift by an off-duty correctional officer, Noel Haskins (J Carrol Naish), who makes some heavy-handed advances to her. Jean punches him in the face to escape his clutches and then Larry, who has gone ahead of his girl, sees what’s going on and beats the sleaze up. But then some locals come to Haskins’ assistance and overpower the out-of-towners, and they both get arrested.

Larry sees the opportunity to lie low in a local jail, away from the heat that his payroll job has attracted, and pleads guilty to the assault. Jean is also found guilty, and both are sent to the Sunny Grove Prison Farm for six months. They are, of course, segregated. The women do womanly things like work in the kitchen and the laundry, and the men do manly things involving lumber and picks and sledgehammers. It’s not exactly brutal, but it’s harsh and there’s not much sympathy for those who aren’t contributing to the prison’s profitability. The prison’s medico, the caring and urbane Dr Roi Conrad (John Howard), is the sole voice against the rampant exploitation of the prisoners.

The two lovers do their jail differently. Jean struggles, but throws her lot in with the other women who protest against longer working hours… and finish up rioting in the laundry. Larry is ridden and provoked by Haskins, but refuses to take the bait and escape… at least until Cora sees Jean on a visit, and tells her that Larry is under suspicion for the payroll job. At a meeting arranged by the ubiquitous Dr Conrad, Jean confronts Larry and he admits he was running away from the murder… and threatens to implicate Jean in it if she repeats the conversation to anyone.

Newly aware that the Police are on his trail, Larry needs to escape fast and bribes Haskins (whom he already knows is corrupt) to give him a trusty’s position and to allow him to drive the prison truck for $500. Haskins secretly follows Larry to the store, where all his stolen money is stashed, sewn into the lining of his jacket; the two fight, and Haskins shoots Larry and kills him… but not before Larry, in the presence of the Superintendent and others, clears Jean’s name and implicates Haskins in accepting bribes. Haskins is found with the money on him and is hauled away.

Jean is immediately released and the Dr Conrad resigns so that they can spend the rest of their lives together. It is an unusual courtship, but who am I to question how people decide that someone is their perfect partner?

Prison Farm is short, unpretentious, a touch too schmaltzy but generally good fun. It features plenty of the elements of classic prison movies: a sour matron, a band of supportive fellow prisoners, a stoolie who quells the women prisoners’ riot by filling the room with steam (unfortunately killing one woman in the process), and a warden disinterested in the welfare of his prisoners. It features one of the very few prisons that cater for both men and women, and several extraordinary moustaches. On the men. 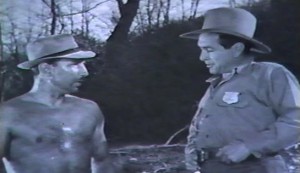 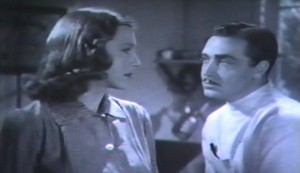