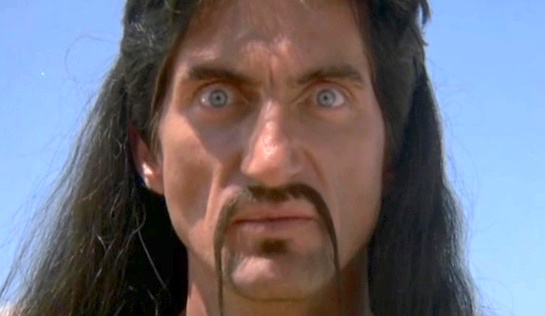 Also known as Badlanders, this a low-budget, poorly acted film which borrows far too heavily from Mad Max‘s dystopia. I’m not sure whether it makes it any less terrible because it mostly has its tongue planted firmly in its cheek. Maybe a smidge.

The plot is straightforward enough. It’s some future point – more than 100 years past the end of the 20th Century. On the planet Anakin, White Force rebels continue to rise up against the government. One of the rebels, Blaine (James Phillips), deliberately gets himself charged with sabotage, theft and withholding of information, hoping to be banished to Prison Planet (and that he not be executed). He’s in luck; he’s sentenced to banishment for life! So far, so good, for he has discovered that Anakin’s wise and decent king of 30 years, Himshaw, has been exiled there by his despotic younger brother, who now rules the planet despotically – and all he now has to do is find Himshaw on Prison Planet and deliver him safely back to Anakin. Oh, and escape himself, too. No problem.

He awakens from his interplanetary trip to find himself alone in the middle of the harsh Prison Planet desert. He soon gets mugged, and then inadvertently takes a couple of missteps: he stumbles upon a fight club, takes up the challenge to go up against the champion (hoping to win an antique sword and some food), and accidentally kills his opponent. He then stumbles upon three women who are being prepared to be sold as slaves; he cuts off the hand of a pilot who was about to rape the most virginal of them, Kabilya (Deborah Thompson-Carlin), and frees all the women. But what he doesn’t know is that the man he killed was the brother of the planet’s most powerful warlord, Broxton (Michael M Foley), and that the slave girls were Broxton’s ‘merchandise’. Broxton is a little upset, mostly about the commercial hit he might have to take if the girls can’t be rounded up. He vows revenge.

Naturally, the film pitches the good guy Blaine against the bad guy Broxton, with Blaine also trying to find the really good guy Himshaw (Jack Willcox) while evading Broxton and Broxton’s goons. With Kabilya’s help he finds the deposed king in a shanty town called Cypress (Cyprus?), but rescuing him is trickier. Blaine gets captured by Broxton’s men twice, but gets away each time thanks to his friends’ interventions and his enemies’ incompetence, and after lots of dead body stacking he ultimately succeeds in his mission. Sorry about the lack of an action film spoiler alert.

Now, it’s a Prison Planet, and Blaine, of course, gets sent there as punishment. But there is nothing to suggest that any of the other inhabitants – men, women, children – are similarly convicts; they may, for all we know, be entirely exiled kings, the offspring of past convicts, and spaceship pilots who liked the place and decided to settle there… Who knows? In some respects it is the least obvious prison planet imaginable. Odd.

And, well, the film doesn’t try too hard to look slick, or plausible, or realistic, or anything other than low budget.

First, there’s Broxton. There are several things about him that are impossible to ignore: his mullet, his Fu Manchu moustache, his constant angry state, and his dismal overacting. He steals the show, but not necessarily in a good way. Another character, Heinsy (Dave Bean), provides some more intentional comic relief as a ubiquitous salesman in a ridiculous brown suit, tie, and Fedora (or is it a Trilby?). There is no attempt to make several characters’ temporary tattoos look less stuck on. And the spaceship that was to be used to traffic the slave girls (and which looks as much like a school project painted cereal box as a spaceship), and in which Blaine and King Himshaw escape, magically takes on different shapes in different scenes.

Which is sort of OK; I must admit that I quite liked that the film doesn’t take itself too seriously, and in particular the silly incongruence of Heinsy’s suited wheeler-and-dealer. But I spent more time than I would have liked musing about how Broxton and his Hellbenders got fuel for their car, and ammunition for their guns, and food, and why there were no technological advances in more than a century, and why (if things were so bad on Prison Planet) Broxton and others didn’t commandeer the spaceship and escape to somewhere better. And how the elderly, frail Himshaw managed to fend for himself. And just where these planets are in our solar system, where humans can survive as we do on Earth. And whether the fact that pressure suits were seemingly not required for space travel means that at least one technological advance was on show, or whether Blaine’s and the King’s skin would inflate on the way home until their bodies filled the whole ship.

And whether, upon returning triumphantly to Anakin, Blaine and Himshaw would not simply be rearrested and executed by the usurping younger brother. For that, I guess, I might have to watch Prison Planet 2: The Armageddon (1994) or Prison Planet 3: The Revenge (1998). Or not. In any event, I’m in no hurry. 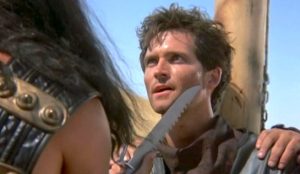 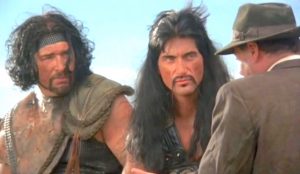 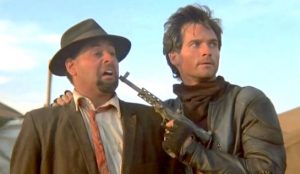 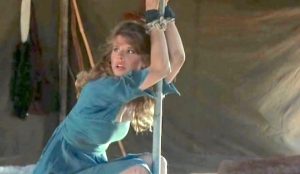 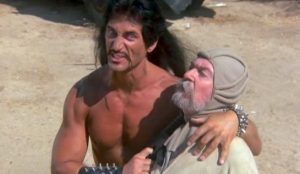 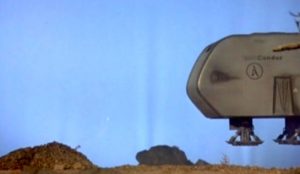