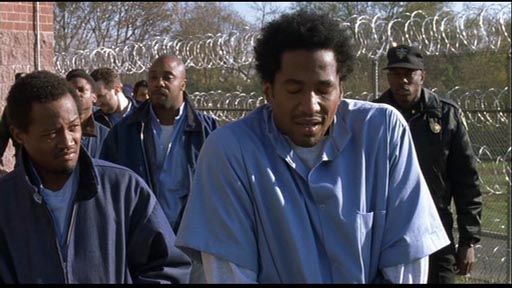 I’m one of those who just doesn’t get hip hop: it’s not just the invective and misogyny, but notwithstanding odd pockets of creativity, it’s the sameness and the inevitability of the rhythm and tone. And that’s precisely what this film is about.

It starts with some sobering statistics about imprisonment in the US, including that more than one in four black Americans will serve time in jail, and that a black child is 46 times more likely to go to juvenile prison than a white one. It stars a procession of rap singers, and at several points the action is incomprehensibly put on hold while they sing depressingly ordinary songs.

Early in the piece we see a ‘good’ young kid, Elijah, witness his mother’s boyfriend assaulting a white cop after some unnecessary provocation, for which he finishes up doing life in jail on the back of the ‘three strikes and you’re out’ policy. His dad is not around, having been shot dead by Police. Young Elijah (all of 10) then gets himself shot at, arrested and put in an orange jumpsuit for flashing a laser light at some cops at night and ‘resisting arrest’. His mother (Mary J Blige), an intelligent woman seeking to make a better life for herself as a paralegal, tries to remove him from the juvenile centre where he’s being held, is duly arrested and quickly spirals down into mental illness from which she never recovers. It’s clear that wherever there’s a line-ball decision, or a twist of fate, it is going to go against the black guy. We jump eight years or so and Elijah, now grown up and a talented photographer on a college scholarship (and played by rapper Q-Tip), gets into a fight and his bigger opponent (yet another rapper, Fat Joe) falls onto some railway tracks and dies. Rather than getting off on self-defence, Elijah cops 15 years and follows everyone else to prison.

It’s a privately-run prison and the film takes some pretty strong swipes at the notion of prisons-for-profit. It also manages to avoid most of the traditional images of prison; there are no drugs, no rapes, and almost no gratuitous violence. The dreadfulness of prison is conveyed more in the waste of talent and waste of potential as the parade of young African Americans live out their lives – thwarted, unproductively and inevitably – in prison. Even at the end, when an escape attempt seems destined for success, circumstances conspire to prevent it. The message is a depressing one: for black Americans there is invariably no escape.

Maybe in a post-Obama America the story might be a more optimistic one. 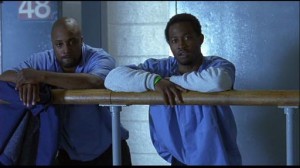 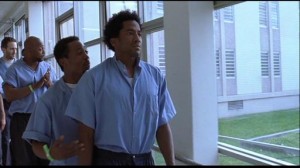