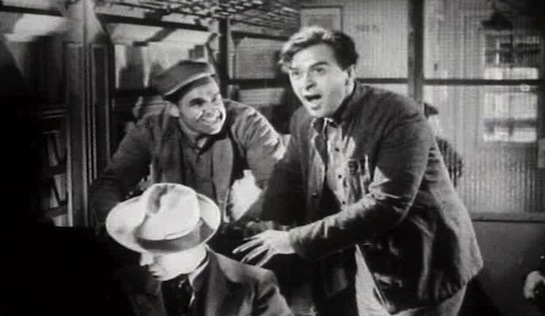 You’d think that in a film of a little over an hour it would be difficult to make the action drag. But this achieves it, somehow.

Frankie Terris (Fred Keating) is a big-time crime boss who is about to hand over his numbers racket to his rival, Manny Robbins (Alexander Leftwich); he has made more than enough money and the DA is closing in – thanks, in part, to Robbins doing a deal with the DA to get rid of his competition.

But Robbins’ son Joe takes Frankie’s sister Louise (Linda Winters) out dancing, and pushes her a bit far for a goodnight kiss. Terris follows Joe after he leaves the house; they fight, Terris picks up a lead pipe and kills the Robbins boy. As the attack occurred on Post Office land the murder is seen to be a Federal offence, and Terris is soon Alcatraz-bound, having survived a pathetic assassination attempt in the court from the grieving father, Manny.

But it’s not over. As the train with its carriage full of prisoners is about to head off from New York for San Francisco, word gets out that Manny has arranged for Frankie to be knocked en route. Louise sneaks on to the train to warn her brother; Manny duly follows the train by plane and by car. As the train rattles through the countryside, the other prisoners keep taunting Frankie that the hit is imminent. Taunting, taunting, taunting. Waiting, waiting, waiting. Frankie’s anxiety rises.

And then, finally, Manny boards the train, just as his inside man, Sam (Clarence Muse) who has been masquerading as a steward and has cleverly put the prison guards to sleep, very clumsily allows himself to be overpowered by Frankie – who takes his gun, shoots Manny, and promptly falls in front of a passing train. All that’s left after such a big anti-climax is for Federal Agent Adams, who has been put on the train to make sure Terris arrives in San Francisco safely (and has thus failed miserably), to make a sleazy pass at Louise (sorry, a compassionate offer to assist her) in her grief.

Prison Train does little more than provide a useful study in how not to keep a professional distance: a Federal agent flirting with a gangster’s rich sister, and another gangster preferring the bumbling hands-on approach to avenging his son’s death, rather than being content with his inside man doing the job, or arranging for a hit inside Alcatraz. It’s a surprisingly tensionless suspense movie. 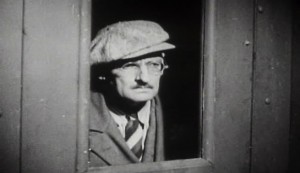 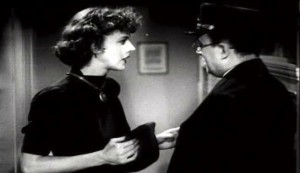