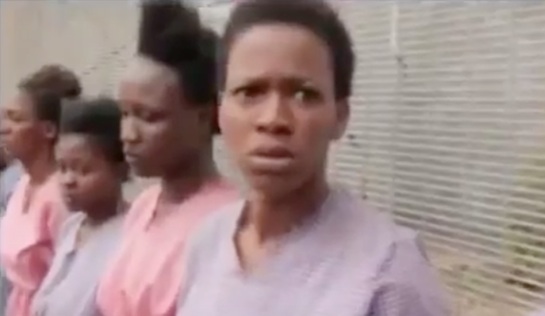 I haven’t previously had much luck with Nollywood or Ghallywood offerings; their prison-themed films seem to me to be shot almost entirely in people’s living rooms. But this is a bona fide prison movie, set in Sierra Leone, accessible on YouTube, and is one that ensures you get your money’s worth: it is a traditional new fish in prison movie which morphs into a Fight Club movie and ends up as an escape movie. And even pauses at one point for a sweet song which includes the lyric, “When I kill is bad but I found pleasure doing it” before urging the listener to stay out of trouble.

I must admit I found the plot a little confusing at times… perhaps because I’ve watched only bits of Prison War 1 (which isn’t a prison movie), but I suspect it’s more than that.

The tragic heroine is Isha Kamara (Salamatu Kargbo). Judging by the final scenes of Prison War 1 she’s not exactly innocent (with a considerable number of dead bodies attesting to that), but there’s a suggestion that her troubles stem from her being dealt an unfair hand by her family upon her mother’s death. In any event, although she’s young and slight, she can fight… which we presume, due to a brief flashback, comes from an encounter with a David Carradine-like martial arts instructor.

When some other prisoners encircle and try to stab her, she leaves a trail of them behind her. The chief prison officer later says of her (a little cryptically) that she “killed twelve prisoners, including four officers, in less than a minute.” After a solid beating as punishment, she is again placed back amongst the general population and decides not to fight and kill any more – not even when severely provoked by the prison’s top dog. Indeed, she offers no resistance when attacked and is saved only by the intervention of another prisoner (whom I shall call Willie, conscious that name appears nowhere in the credits), who is a famed street fighter and self-proclaimed ‘female Mandela’ because she can’t stand by a watch people bullied. A deep friendship is formed. Willie and Isha are beaten and thrown in the dungeon; Queen, the top dog, is not.

But bigger nastiness is afoot. A wealthy African crime boss (and people cloner!) who is flying drugs from Columbia, SC (yes,that’s right, not Colombia) to Liberia and then to Freetown, Sierra Leone takes up the option on a fight club show called Ring of Death. The fight club is organised along the same sort of predictable lines as in films like Bloodsport 4 – the Dark Kumite (1999), In Hell (2003), Circuit 2 (2003) and plenty of others. It might be the first in a women’s prison, though.

The rules are uncomplicated. Each bout is a fight to the death, and the winner takes 20% of the earnings and secures her freedom. No-one can opt out. Or none of the prisoners whom the officials want to fight can opt out. Isha tries to do so, and the officers refuse to feed any of the prisoners until she changes her mind. In time, prevailed upon by starving inmates, she does.

So the film lurches into these bouts, some with prisoners, some with fighters from outside, all filmed and all watched by paying customers who bet and dutifully applaud the victor as each person is killed in front of them. No-one seems troubled by the rising death toll. Ultimately, only two of the fighters remain: Isha and Willie, who with two triplets have become like family. They debate who should kill whom, each offering themselves as the loser… and then the four of them decide to escape instead, rather than be forced to make a choice.

After quickly extorting information about escape routes from a troublemaking, wheelchair-bound prisoner, they overcome the guards very easily and six of them escape. I am still not sure where the extras came from, or from where another woman appears to guide them to safety once they are free. But they don’t do things by halves: it is reported that in the process around 20 prison officers are hospitalised.

This is not a top-shelf movie. The production values are shallow, the plot is shaky and derivative, there is too much going on and the themes are tired. But it is a joy, nonetheless, to see an African take on the genre. It is hoped that future prison movies out of Nollywood might even explore some homegrown issues. 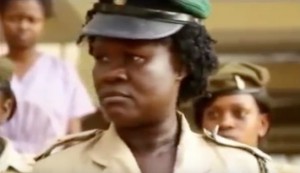 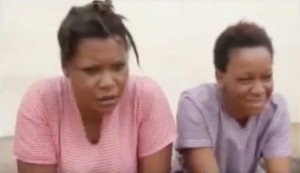 And, to celebrate my first Nollywood – Ghallywood movie, a few extras: 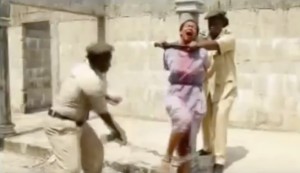 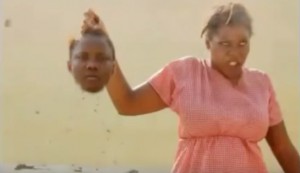