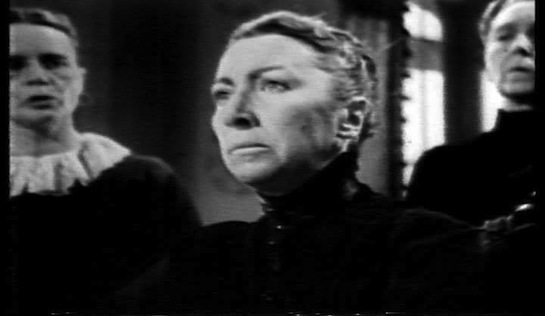 This British remake of the French film Prison sans barreaux (1938), released earlier that same year, is for some reason set just outside Paris. Perhaps the filmmakers thought that British audiences might not be ready for such strong reformist sentiments applied to their own borstals.

It opens with scenes of the harsh regime for errant girls overseen by the wonderfully austere Superintendent, Mme Appel (Martita Hunt). She has the girls at the State Correctional Institute for Girls marching in time, shovelling coal, eating rotten food and, critically, Obeying the Regulations! Her staff are uniformly severe, straight-backed, spinsterly-types; the inmates, on the whole, are cowed or have learnt not to complain. Except for one. Seventeen-year-old Suzanne (Corrine Luchaire, who also appeared in the French version and distinguishes herself here by being the only obviously French person in this supposedly French drama), has been set up and condemned to jail by her new step-mother and has escaped three times in protest at the injustice of it all.

But change to the Institute is coming. Mme Chanel (Edna Best), the secret fiancée of the prison doctor, Dr George Maréchal (Barry Barnes), has been brought in as Superintendent as part of officialdom’s response to an unfortunate suicide. Mme Appel stays on, seemingly so that she can adopt a disdainful sneer every time one of Mme Chanel’s new ideas looks like failing. And Mme Chanel gives her plenty of ammunition – responding, for example, to Suzanne’s latest escape by sending her into the village on trust to do some errands. Of course Suzanne falls asleep in the sunshine and fails to make it back on time. When she arrives back four hours late, Mme Chanel is so relieved at her faith in the girl not being misplaced that she forgets to ask her for any explanation.

Mme Chanel is otherwise tireless in seeking the girls’ opinions… and breaking into monologues. To wit: “What are they here for?” grumps Mme Appel, when told that the girls will no longer be required to shovel coal. ” To be good and happy,” says Mme Chanel,”if we can make them so.” “Happy?! This is revolution!” “It is. A fight. I’ll fight all my life if I have to. Nothing and nobody shall stop me. Let’s be quite clear about it; this is not a place of punishment. These girls are not criminals. It’s they who have been wronged. We want to repair the harm that life has done to them. We want to give them the love they’ve never had. The understanding they’ve never had. The freedom from the past. To make them feel that they’re wanted in the world. Goodness and happiness go together. Happy people don’t want to break laws. If we make them happy, we make them fit for freedom.”

Yet Mme Chanel works so hard at making the girls love her and fit for freedom that she totally neglects the good doctor. Starved of affection, he naturally falls instead for Suzanne, who is unaware of the relationship between the Superintendent (who is working hard to get her pardoned and to whom she is very loyal), and her boss (she having become Dr Maréchal‘s assistant). When another inmate discovers the doc and Suzanne in an embrace, she blackmails her into providing her fellow inmates with cigarettes and, later, alcohol – leading to a drunken riot which ultimately exposes the whole messy saga to everyone.

This was destined to not be the last prison movie with a reformist Warden, a deposed deputy and a show of faith in a prisoner that is sorely tested; Convicted Woman (1940) followed soon after, and there have since been many, many Chief Wardresses who could have been based on Mme Appel. This may however be the only movie in which a hard-working reformist Warden watches her charges being released and bemoans, “They go. We stay. We are the prisoners in this case.” The moral: less work, more play, Yvonne! 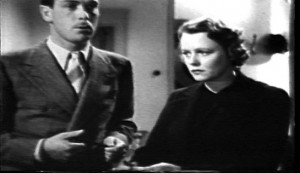 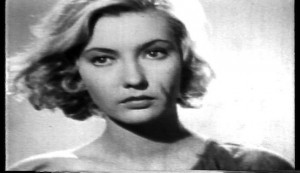