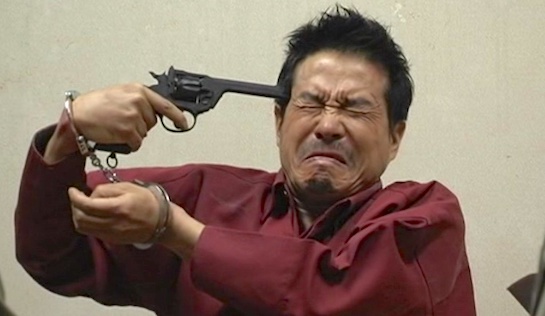 Silly me. Just when I thought that I’d finally figured out that one of the spectres who visits the titular protagonist in this film is a Japanese embodiment of 19th Century French revolutionary Louis Auguste Blanqui, I read an interview with director Masao Adachi where it’s asserted that one of the characters is clearly modelled on Japanese Red Army (JRA) leader Fusako Shigenobu – a character that I had somehow reckoned to be his sister. I can’t be sure whether it’s the film’s opaqueness that makes it a difficult viewing experience and a somewhat tedious, turgid movie, or my dullness. Maybe it’s both.

Adachi was himself an extremist – a member of the JRA who joined the Palestinian cause and was exiled in Lebanon for 20 years before serving sentences in both Lebanon and then Japan for passport offences. He joined the JRA a couple of years after Kozo Okamoto and two other Japanese terrorists massacred 26 people (and wounded 80 more) after they opened fire on airport staff and passengers at Tel Aviv’s Lod airport in 1972. Okamoto was wounded and captured by security forces, but his two co-offenders died at the scene – one  when his own grenade exploded, while the other (according to at least one account) was accidentally shot dead by one of his comrades. Okamoto ultimately served just 13 years in prison and Prisoner/Terrorist is based loosely on his experience.

In the film, the airport attack is a more clearly a suicide mission (I wonder: does that make it more or less noble?), and while the comrades of our featured terrorist, known only as M (Tomorô Taguchi), manage to blow themselves up, the grenade with which he tries to kill himself malfunctions. He is arrested and refuses to give his name; in sympathy, it seems, not one of the characters’ names is used throughout. He is given a life sentence – not in Israel, per se, but in a representative imperialist regime (replete with bleach-blonde and blonde-wigged Japanese officials), the type of which M is intent on overthrowing.

It’s fair to say that M is tortured, awfully. He is secured, in shackles, in the dark, inside an enclosed metal box, where he can do little but soil himself. He is made to eat without the use of his chained hands. He is drugged. He is subjected to the Chinese water torture. Food is waved (or placed) in front of him, tantalisingly out of his reach. He is deprived of water. And more, besides. He pleads to be killed.

And, for the best part of two hours, we watch his descent into madness; his mental and physical disintegration. He is visited by imagined revolutionary heroes and revisionists who force him to confront his beliefs, his conscience, his ideals, his actions, and to re-examine the essence of revolutionary philosophy and the eternity of celestial bodies which exists only in one’s head. Just watching is hard work. A priest’s beating of him with a bible mimics the rhythm of the dripping water torture. He acts like a dog. He fights back against an imperialist cellmate. What is real, and what isn’t, is a blurry space. Most is not real.

And then, quite suddenly, it’s out of this contorted delirium that he is released.

The film, one suspects, is designed to highlight the fine line between terrorists acts committed by revolutionaries and the torture authorised by the State in retaliation. But it’s hard to imagine that this film will give people that insight for the first time. And it’s hard to think of anyone – debasement devotees aside – who might find it enjoyable, and hard to think of anyone – outside of Louis Auguste Blanqui aficionados, or the odd intellectual extremist, or people desperately keen to see what sort of film Adachi might have made after a break of more than 30 years – who would find it particularly edifying.

For prison movie enthusiasts, there is similarly very little, given its absolute focus on one man in a cage, his torture and degradation, his crumbling mental state, his distorted revolutionary ideals, and all the action that takes place solely in his head. I can’t say that I recommend it. 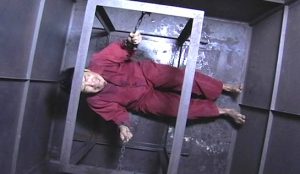 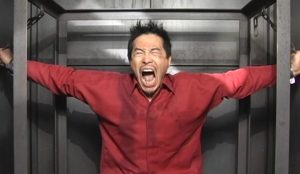 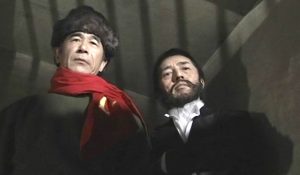 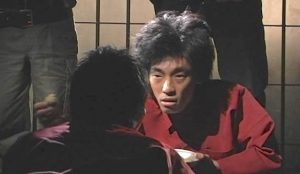 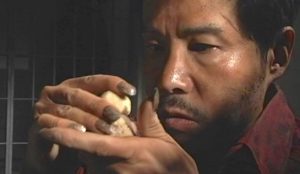 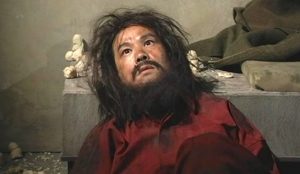 Also known as The Prisoner.