A “combination of commercialism and penal reform” is how prison Warden Bledsoe (Hal Orlandini) describes the “unique experiment” that is his women’s prison’s operating model. It’s not unique, one suspects, and it’s not penal reform, but it is commercial: the renting out of its prettier prisoners at the local bordello.

It’s 1987 in a fictitious African country, Umlanga; not, presumably, to be confused with Umhlanga, the seaside resort town on the coast of KwaZulu-Natal, South Africa. Two American Peace Corps volunteers, Carly Arnold (Tanya Roberts) and best friend Melanie Davis (Julie Pop), are heading home. Their farewell party is interrupted by some military men who announce that the country is newly under martial law; a curfew applies, and foreign visitors are strongly encouraged to leave the country. Carly and Mel don’t need to be told twice.

They are headed for the airport when their kombi van is flagged down by a South African hitchhiker. He soon takes over the driving and, when confronted by a road block, makes an emergency detour through the scrub. The military give chase. A large quantity of heroin is then found in the man’s luggage, and he is shot dead as he tries to escape on foot. Carly and Mel are arrested and charged. They get no assistance from the US Embassy, whose staffers assume that they are guilty.

Despite the country being extremely dangerous for foreigners, Carly’s mother Ruth (Clare Marshall) arrives unimpeded and in time to give the African judge an agreed $10,000 to find the girls not guilty. He of course pockets the money, finds them guilty and sentences them to 11 years in the maximum-security Rampot Prison.

The prison, nicknamed Purgatory, is indeed purgatorious. “I presume neither of you is a virgin,” says Warden Bledsoe at their first meeting. “Good. Then it won’t be so bad.” Mel is duly gang-raped by the prison guards; Bledsoe takes Carly for himself. “Why are you so unhappy? You should be grateful [that you weren’t gang-raped],” he tells her after raping her.

Mel never recovers from the trauma of the assault; she goes straight to the ‘psycho ward’ and suicides. Ruth keeps striking out in her attempts to get assistance for her daughter. Carly is regularly bussed with other prisoners to the brothel, and gradually increases her intake of drugs and alcohol to ensure maximum numbness. Some of the American Embassy’s connections start to believe in Carly’s innocence and suspect corruption in her arrest and incarceration, but as they get closer to the truth they are bumped off. As is Ruth, as if to demonstrate that the warnings about foreigners’ safety were justified.

With Carly off her face much of the time, Embassy official Paul Cricks (Rufus Swart), who is sick of his Ambassador’s refusal to act, tosses in his job and plots an escape on her behalf. It sounds simple: find the conveniently accessible tunnel that leads to the river, which is where he’ll be waiting for her. It becomes less marginally less simple. Carly and fellow prisoners Janine (Adrienne Pearce) and Kirsten (Marie Human) make Molotov cocktails, slit the throats of several guards, seize a gun, release all the prisoners, blow up half the prison… and by the time Carly reaches the river she has personally murdered something like nine guards. Quite possibly a record for a volunteer with the Peace Corps.

By the end of the film, we kinda get the idea. The police in this fictitious place are corrupt, the judicial system is corrupt, the prison system is corrupt, the political system that supports them is corrupt, American foreign policy is corruptible, married men who use prostitutes in foreign countries have no moral backbone. Mothers, on the other hand, are brave and good. Escape tunnels are also good. This is, self-evidently, not the sort of film that will keep you uncomfortably perched on top of a moral dilemma, even as the innocent heroine is wreaking havoc with atrocities of her own.

Oh, and the major lesson to be learned: don’t pick up hitchhikers. 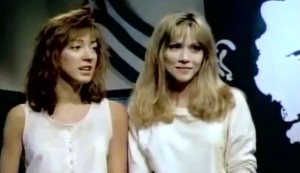 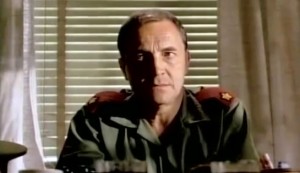 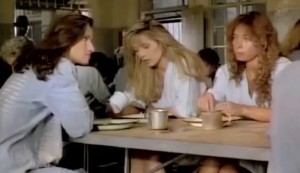 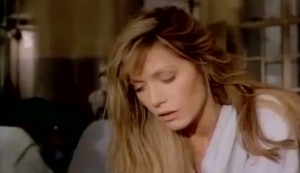 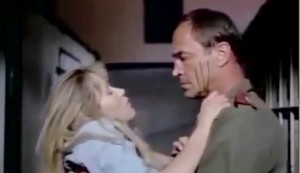 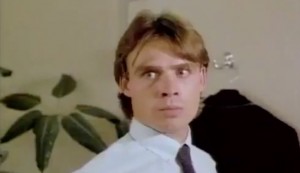 You can watch the film on YouTube or, for something different, watch the idiosyncratically dubbed Russian version where every character’s lines are shouted by one male.