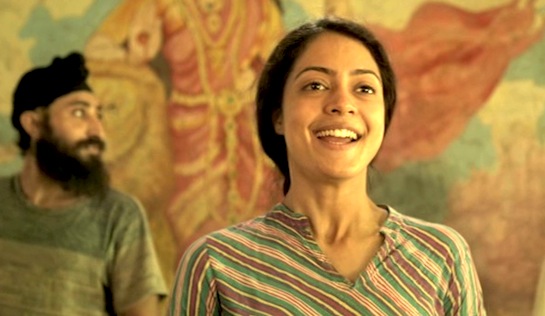 Just how many undiscovered pop stars are there amongst the innocent prisoner population in Indian prisons? Heaps, you might think, if it’s safe to extrapolate from this film and Lucknow Central, which was released just a month after this one. There are plenty of similarities between the two films, but unlike Lucknow, in which a wrongly convicted prisoner who has dreams of being a pop singer takes centre stage, Qaidi Band concentrates on (and, amidst all the singing and the romance, provides some social commentary on) ‘undertrials’ – unconvicted prisoners awaiting trial.

The ‘Qaidi band’ (which translates unexcitingly as ‘prisoner band’), is set up by the prison superintendent, Devendra Dhulia (Sachin Pilgaonkar), to help celebrate both the 60th anniversary of India’s Independence, and the prison’s 100th. The band is to be made up of undertrials only on the basis that they are not permitted to work… as with seven band members to be selected (three women and four men), all of whom must attend auditions and rehearsals, it is feared that the chores which are required to be undertaken by sentenced prisoners would not get done. Right.

Sanjay (‘Sanju’) Khanna (Aadar Jain) is one of the lucky undertrials. Or not so lucky. He has been awaiting trial on a murder charge for several years already after intervening in a violent dispute between a rich man and his wife – after which the man fell and hit his head and died. Notwithstanding his innocence, he has decided that there is too much stress worrying about court dates and getting miserable about trial delays, so he feigns illness so that he doesn’t have to attend court. His hero is the (real life) Machang Lalung, who spent 54 years awaiting trial in India from 1951 to 2005.

When the auditions are held, Sanju is picked as the chief male singer. Rounding out the male band members are car thief and organist Maskeen Singh (Prince Parvinder Singh), Nigerian percussionist ‘Ogu’ Oguguamawa (Peter Muxka Manuel), and the highly educated Rufi Ahmed (Mikhail Yawalkar), who has a busted-up leg, courtesy of police torture when falsely arrested after his car was used in a bombing.

On the women’s side the standout singer is Bindiya (‘Bindu’) Chaddha (Anya Singh), formerly a nanny who took a 6-year-old girl in her charge to safety after being raped by the girl’s father – following which she was charged with kidnapping. She is joined by Belarusian Tatyana (Anna Ador) and Sange (Cyndy Khojol) from Nagaland.

On their first day as a band together, thugs working on behalf of a disappointed prisoner who wasn’t picked at the audition try to remove Sanju’s tongue. The others come to his rescue and the attackers flee. In the women’s dorm, one woman won’t make space for Tatyana and Sange… and Sange encourages her to change her mind by repeatedly placing her head in a bucket. The band members won’t be messed with, we see. And they stick together and have each other’s backs.

Within no time the band is singing catchy, buoyant, choreographed, nationalistic anthems. They become famous on social media. Bindu and Sanju, whose romance is starting to blossom, set out for court on the same day, hopes of release high. Sanju’s lawyer won’t appear without pre-payment, and Bindu is given bail of 5 lakhs rupees (Rs 500,000 or around US$7,850) with no hope of ever being able to raise such a surety. The local Minister meanwhile recognises the potential of the band to influence the youth vote and, fearing that they might be released, instructs superintendent Dhulia to ensure that none of the band members get to court. Rufi’s young daughter gets spooked by her prison visits and refuses to come and see him.

The band, suddenly streamlined to just Bindu and the four men with the evaporation into thin air of both Tatyana and Sange, is suddenly full of despair. Selfishly, they protest at being denied any opportunity to secure their freedom. Dhulia rebukes them with, “Stop crying about hearings,” and threatens to pour kerosene down their throats. They become more selfless and decide to sing on. But they pressure Dhulia to allow them to purchase proper instruments if he wants their continued success… and he relents. In the middle of an impromptu performance to an excited shopping centre crowd, the five conspirators escape – hoping, at very long odds, to appear in a band contest to win prize money that will allow them to get themselves justice. Could they possibly pull it off? Will Tatyana and Sange reappear to whisk them off to Belarus? Or Nagaland? Will Machang Lalung’s record be broken?

Despite the tongue amputation attempt, the kerosene threat, the torture that Rufi seems to attract, some heavy-handedness from the prison officers, and Rufi’s increasingly political songs about struggle and freedom, this is really a gentle, benign film. A romance, with some gentle political prodding. And some prison humour; some of it relating to betting on catching rats, and more of it on the state of the latrines. Or at Dhulia’s expense when he names the band ‘Sainanis’ (or freedom fighters), after the (Independence) Freedom Fighters’ hall in which they first auditioned and practised, oblivious to the irony as they press for their own freedom… and then for that of others.

This is a likeable film. Preposterous, in terms of the plot, but likeable. It’s not clear to me whether, by highlighting the plight of those prisoners who spend more time in jail awaiting trial than the maximum penalty they could have received if found guilty, it has had any impact – but it can’t have hurt that campaign. 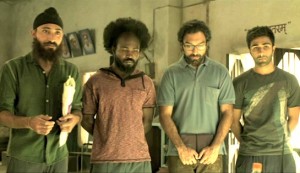 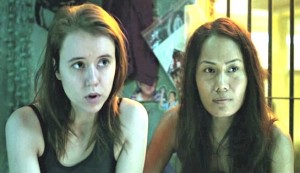 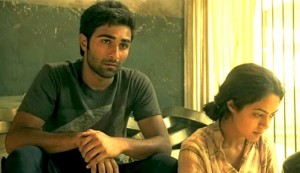 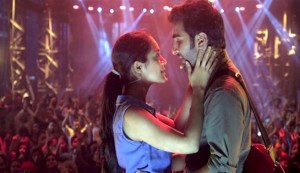