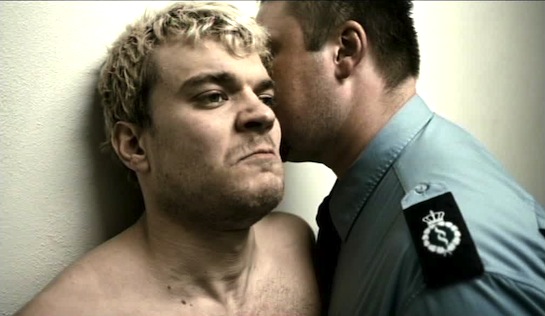 Comparisons between this and A Prophet (2009) are inevitable; for a while, the trajectories of the main protagonists in both movies, two young men introduced into hostile new prisons, are almost identical.

And for much of the journey, R holds its own against the more acclaimed French film. It matches it for grittiness and the discomfort that its depictions of predatory behaviour provoke; what it can’t quite match is the sustained depth of Prophet’s characters.

‘R’ is Rune Pedersen (Pilou Asbæk), thrown in with the big boys in Horsens State Prison (filmed on location at the real Horsens Statsfængsel) after, it seems, a bit of a stabbing incident. In Horsens he’s the new boy, and not unlike Prophet’s Malik, he has a tough initiation; in no time he’s made an offer that he can’t refuse: bash ‘the Albanian’ or get bashed. He obediently beats the Albanian to a pulp, but even that doesn’t prevent him from being bastardised by other prisoners, notably the swaggering muscle, ‘the Mason’ (Roland Møller), who works for the prison’s top dog, Carsten (an impressively intimidating Jacob Gredsted).

The bastardisation appears more shocking because Rune is well built, has shown that he is not afraid to engage in a bit of dispassionate, extreme violence himself, and (in a prison where there is a clear division between the locals and the Arabs) is a Dane being bullied by Danes. His cowering submission to Carsten’s crew in spite of his physical and other attributes ensures that we feel his humiliation even more keenly; if it can happen to Rune, how much worse would it be for us?

In time he finds a way to break the ritual of abuse; he discovers a novel way to move drugs about the prison, using his friend Rashid (Dulfi Al-Jabouri), a fellow worker in the kitchen, to distribute packages to the Arabs on a lower level. He brokers a deal with his tormentors who are also, naturally, running the drugs: if I find you a new market, he says, you leave me alone. They agree.

This works well until it doesn’t. After some lucrative trading, one of the Arabs doesn’t pay up; Rune owes Carsten and it goes from bad to worse.

In the real world prisons are full of unhappy people and unhappy endings. It follows that the one thing that should differentiate prison movies from others is that they should be more likely to end messily, unfairly, distinguished by betrayal, lost promise and the survival of the thickest. R doesn’t disappoint. 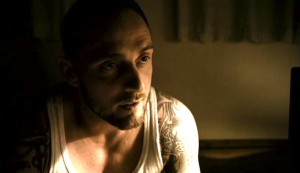 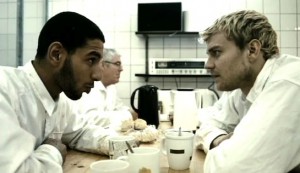 Even if you don’t like the story, you might admire how the Danish cellblock tattoos complement those of the inmates (in this instance those of Jacob Gredsted as Carsten): 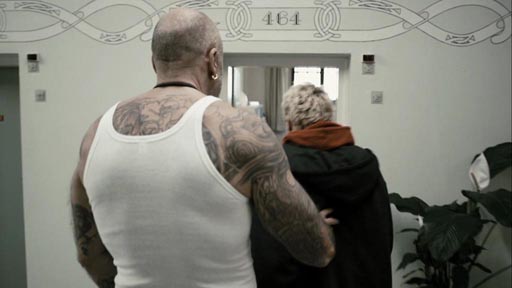