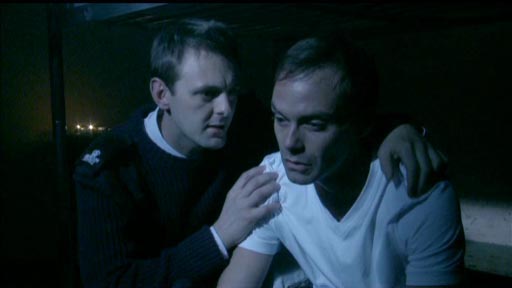 The opening scene of this movie has two naked men entwined in a prison bed, being woken by an early morning siren. Rouse! Rouse! One jumps up, hurriedly gets dressed in his Prison Officer uniform, and lets himself out of the cell. I think that it was at that point that the film lost me. Perhaps the officer’s supervisor, a colleague – someone – would have noticed that he’d gone missing for the entire night-shift… No?

Prison Officer Martin Crane (Garry Summers) is not your average officer. He’s new. Conscientious. New and conscientious enough, you’d think, to feel a bit inhibited about failing to do his nightly patrols and about the prospect of getting caught in flagrante delicto with a prisoner in his cell. Not Martin.

His prisoner lover is Father Jack Gillie (Daniel Brocklebank), a most unlikely-looking priest with a large tattoo who, we learn much later, has assisted his chronically ill brother to suicide. He’s immediately assumed to be a paedophile by the other prisoners. He’s spat on, and subjected to the odd taunt, but is otherwise left alone. Just as paedophiles are generally left alone by card-carrying members of the criminal fraternity.

Jack shares a cell with a young prisoner, Rook (Wayne Virgo). The other prisoners, led by an odious, ubiquitous murderer named Max (Bernie Hodges) and assisted by gleeful staff who egg them on, viciously attack Rook – seemingly because he’s been put in the same basket as Jack, or perhaps because he hasn’t done what’s expected of him and attacked Jack. But he’s brutally attacked, twice. Why not just attack Jack? Odd.

When they do get around to assaulting Jack, they inject him with – one presumes – a drug overdose, which he survives. Vengeance sadly doesn’t feel the same without a bloodied victim. What self-respecting baying mob is satiated by holding down a queer paedophile priest, and giving him a good… injection, I ask you?

I could go on. Quibbling, I mean. I could talk of the cell-block, which (despite the peeling paint and a credible look of grunge and neglect) looks like a pretend cell-block, with ridiculously narrow corridors. I could dwell on the tealights which burn romantically in the cell whenever Jack and Martin spend time together in the cell. Tealights!? Or Martin’s (unheard) petulant, angry response when he’s confronted with his affair with Jack. What is he angry about? “I should be able to sleep with prisoners while I’m supposed to be working!” I think he says.

It’s not a film for lovers of authentic prison movies. But it does have an unexpected twist at the end which may stop you throwing something at the screen. 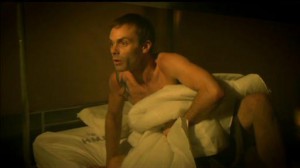 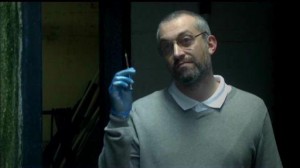