Revenger is an action movie. A fight movie, to be more precise, co-written by the main fighter to showcase his martial-arts skills, not his acting ability. Don’t expect much else.

Yul Kim (Bruce Khan) is a former detective who washes ashore, still in a Hannibal Lecter mask and straitjacket, on a prison island, AP-101 (aka Sura Island). He immediately confronts a pack of ruffians terrorising (well, about to rape and kill) a woman, Maly (Yoon Jin-seo) and her young daughter, Jin (Kim Na-yeon). Even without the use of his arms he defeats all-comers, and then (finally relieved of all constrictions) carries Maly, who has been stricken by a poisoned arrow, back to her community’s hideout.

AP-101 is supposedly where all of Asia’s most serious offenders and dangerous prisoners are dumped. Like the prison island in No Escape (1994), its population has divided into two discrete communities – one peace-loving, led by the one-armed Bau (Kim In-kwon), and the other, the bellicose one, by crime mogul Carlos Kuhn (Park Hee-soon). Other than Maly, Bau’s group seems to exist only to provide light relief; they are comical buffoons and the most unlikely set of dangerous or serious criminals imaginable.

We don’t know whether Yul is a good-cop-turned-bad, or undercover, or has committed an offence just to get on the island. We know very little about him, largely because he says virtually nothing, which is one good way of not exposing your poor acting skills. What we do know is that his one intention is to find Kuhn and kill him, and we know through flashbacks that this is because Kuhn executed Yul’s wife and child. And we learn that Kuhn also killed Maly’s husband, and severed Bau’s hand. Oh, and that Yul was responsible for Maly being taken to the island (and indirectly for her husband’s death). Tricky.

Of course we know from the outset that there will be a final confrontation between Yul and Kuhn, and who will win; the film is not called Double Loser. The only real suspense is how many people Yul will have to fight his way through, bare handed, to get there. And whether he can keep hold of a blood-soaked toy rabbit (surely a ploy borrowed from Con Air).

The film dutifully follows all the conventions of the fight film genre: protagonists must always go unarmed into a confrontation, irrespective of how many weapons are lying around; they must never take advantage of a momentarily stunned opponent, but let him recover before launching a new assault; multiple opponents of a single fighter must never outnumber their opponent by more than 2:1, and must take their turn to be defeated by him. And so on.

What does it offer that other prison movies might not? It has bows and arrows. It has Mali’s father, a healer, who can be snapped out of delusional gibberish by the kiss of a bearded man pretending to be an old lover. It features a victim of 3rd degree burns (Kuhn) so badly injured that he covers himself in bandages all day, but who is supple enough to fight. It has everyone in prison garb… except for a couple of women, including Kuhn’s lover (Jeon Soo-sin), who sport fashionable outfits and high boots. And it boasts a hunchback who is a whiz swordsman. It might not tell us much about the prison experience.

The plot is unsafe, the fight scenes are OK (I guess), and the film is missable. 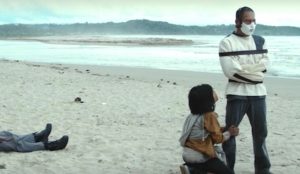 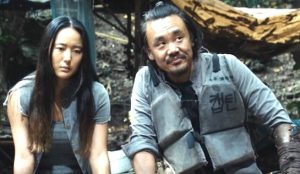 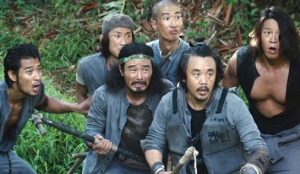 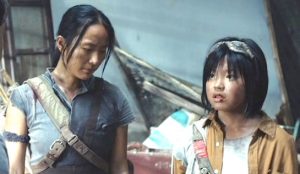 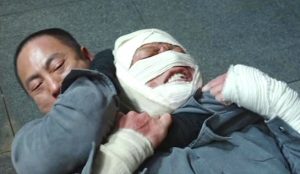