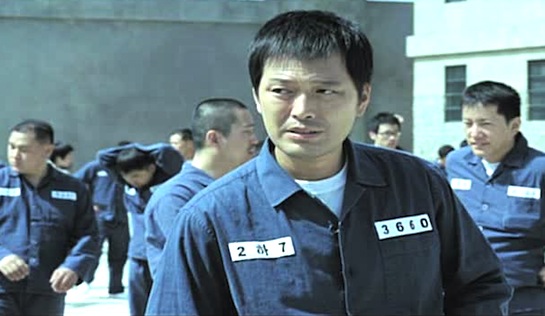 Just at the moment I can’t think of a more oddball prison movie; two parts serious gangster flick, one part comedy and one part farce. Does it work? Not entirely, but it’s three parts entertaining.

Dong Chi-sung (Jeong Jae-yeong) is the loyal right-hand man of a big-time gangster boss. Under orders he stabs a rival several times in the leg, but when questioned about it refuses to implicate his boss… and gets seven years for his trouble. In Suncheon Prison he is surprised to meet up with a childhood friend and member of his gang, Jang Soon-tan (Ryoo Seung-ryong), whom everyone had thought had been executed. The South Korean prison grapevine is clearly the world’s worst.

Within days of starting his first ever prison sentence, Chi-sung lands in solitary, having beaten up the prison bully and his crew in retaliation for an attack on another prisoner. In solitary he passes messages between two condemned prisoners (an elderly ex-Government official accused of being a communist, and a serial killer with 13 victims, who have become inseparable, like lovers), in the cells either side of his own. He emerges from solitary with more patience, understanding, and the prison’s top dog status.

Chi-sung is a gangster out of the traditional mould, relying on knives, fighting skills, and a sense of honour. But times are clearly changing. No sooner is he in prison than his boss, Mr Kim Yeong-hee (Min Ji-hwan), is making peace with the man he stabbed, recognising the commercial benefits of a partnership with the man through the manufacture of hallucinogens able to be sold through convenience stores. The cost of deal is that the victim wants to be assured of outliving Chi-sung, and Mr Kim arranges for his old right-hand man to be stabbed – and, it seems, for time to slow and tinkly music to be playing as the knife lodges in his back. All this happens just a day or so after Chi-sung’s elderly, law-abiding parents have been stabbed by the rival gang, in response to which his old gang does nothing. Nothing. The old rules clearly no longer apply.

Chi-sung and Soon-tan, intent on revenge, resolve to escape, almost forgetting the half-completed tunnel that others have dug out of their cell. But the tunnel leads nowhere safe, and they decide instead to hurl themselves at the prison wall, in large groups, in the hope that it will crumble. It doesn’t, but a crack or two start to appear.

It’s then that Kim Joo-joong (Jeong Joon-ho), Chi-sung’s closest childhood friend and Mr Kim’s new right-hand man, fires a practice round from a firearm as his crew tries to become a more contemporary outfit and overcome its ‘fear of the trigger’, bringing down an F-16 fighter jet. Which in turn crashes just next to the prison, with sufficient impact to cause the collapse of a large section of the weakened prison wall. Two hundred prisoners escape.

All but five are quickly rounded up and returned to prison; Chi-sung, of course, Soon-tan and three others. Chi-sung soon tracks down his terribly conflicted fiend, Joo-joong – at one point single-handedly taking on Joo-joong and twenty-three others armed with pipes and baseball bats – before Soon-tan and the other escapees turn up to make it a fairer fight. Mr Kim arrives and speeds away, with the others in pursuit. Joo-joong’s divided loyalty to both Chi-sung and ‘the company’ leads to some poignant scenes. And some bloody ones.

Aside from the main themes of loyalty and honour, the film’s wackiness is its standout feature. The prisoners trying to make the wall collapse and the F-16 crashing, obviously, and the gang’s comical aversion to guns. A prison visitor wearing a shirt with detailed plans of the prison’s ventilation and sewerage systems on it. One of the escapees choosing to look less conspicuous and then exchanging his prison garb for a woman’s top. A really odd music score. A nod to Robert Frost’s poetry. And much more.

And it wouldn’t be a South Korean film without a bit of schmaltz as the seemingly benign serial killer is executed. But I can’t think of another like it. 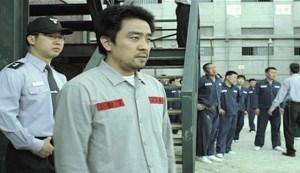 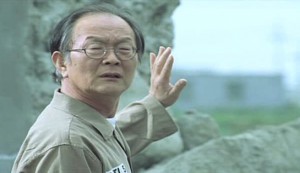