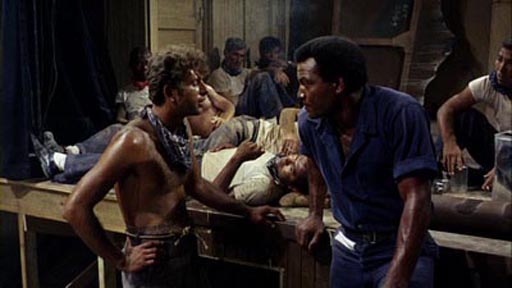 “They exploded the ugliest riot in prison history to cover their dangerous, desperate break for freedom.” So says the film’s tag-line. But it’s nonsense. This is the prison riot you have when you’re not having a prison riot.

The film is based on a book by Frank Elli, who did 20-odd years in the nick, so he should know what he’s talking about. It is supposedly based on a real incident in Minnesota; perhaps the 1953 Stillwater riot. Or alternatively the Montana State Prison riot of 1959. Or the Michigan riot at Jackson in 1953. All have been cited as possible influences. In any event, given Elli’s background (even if he didn’t get to write the screenplay), and the fact that it is entirely filmed at the Arizona State Prison, with real inmates, and it also has the prison’s real warden, Frank Eyman, cast as himself, it should at least be a little bit authentic.

Cully Briston (Jim Brown) is caught in possession of a jar of raisin-jack and is taken by a spiteful guard to the isolation block. When the gate is opened, the guard is overpowered by the block’s 19 prisoners, who have managed to free themselves from their cells. They take more hostages. The prisoners’ brash leader, Big Red Fraker (Gene Hackman), is keen to lead a mass escape (in broad daylight) using some gasoline, some rope and a grappling hook they have stooked away. Cully informs him that the gear was seized by the guards the day before. There seems to be a lack of a Plan B.

Cully is thrust very reluctantly into a leadership role. He is calm, practical, compassionate, strategic – cast in the quiet, heroic mould. Plus he seems to be the only one who can control Surefoot (Ben Carruthers), a maniacal Native American. His level-headedness is sorely needed: armed guards soon fill every inch of the parapet, guns raised, ready to shoot.

Cully and Red devise a Plan B. Red tells the guards that they are protesting about conditions at the prison, and have a long list of grievances drawn up. Red tells the guards that if any of them is shot, they will start killing hostages; the inmates then strut around the prison with impunity. They decide not to tell the guards that they have restarted work on an escape tunnel that someone  rather conveniently remembers has just been lying there, part-finished. Handy, huh? Pure Minnesota 1953, without doubt.

And the ugliest riot ever? Well, they keep referring to it as a riot, but there’s no wholesale smashing and burning, just a stand-off with some hostages and lots of prisoners getting drunk on a new batch of raisin-jack. There’s some untidiness, sure. Some gay inmates put on a drag show, which is ugly but far from riotous. And there’s the escape bid, which almost seems incidental at times.

There are plenty worse prison films. The interplay between Cully and Red is engaging enough, but the story just drifts along, gathering little or no tension along the way. Will they get out? Will the hostages survive? Will the prisoners all get blown to bits? It doesn’t seem that important, really. There’s more suspense around whether Surefoot will tire of being outwitted and outmuscled by Cully and will kill him.

It does provide a very good lesson for prison managers, though: fill in abandoned tunnels that the prisoners know about. 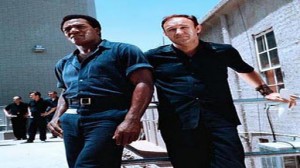 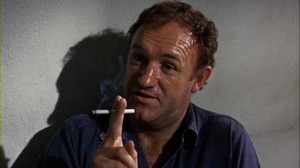