The first novelty point can be found in the guards, who in Riot wear black face masks and body armour all the time. This gives them a uniform and suitably sinister look… but dramatically increases the chance of a prisoner overpowering one and swapping uniforms undetected, one would think; not so sensible, in retrospect. And then, in addition to Riot’s vengeful cop, there are at least two Federal agents undercover – one in the female wing to add to the film’s watchability; the prison is practically riddled with good guys. And, thirdly, there is a Russian crime tsar, Balam (Chuck Liddell), who runs his crime empire from within his very own wing in the prison. Balam has an ugly mowhawk, a head tattoo, and naturally wears… a tie. Obviously a loosened tie, with a cheap suit or jeans, makes one appear more stereotypically Russian… but I do wonder why a crime boss in prison would feel the need to wear a tie – unless of course you happen to be Mr Bridger in The Italian Job (1969).

Jack Stone (Matthew Reese) doesn’t wear a tie; just a fetching orange prisoner’s uniform. As a cop, he was about to tip the bucket on Balam and the Russian’s many crooked friends in very high places, so Balam tried to kill him – but succeeded only in killing his wife. So Jack does what anyone would do – commit a violent, guns a-blazin’ armed robbery to empty Balam’s secret files from a bank’s safe deposit boxes, placing lots of innocent people at grave risk, and then kill a fellow cop, his former partner, who had tipped off the Russians… just to get into prison. And all those secret files are dropped into the hands of a journalist, whom Jack doesn’t know and has no reason to trust or even believe will not hand them straight over to a Balam-friendly Russian translator; but she is pretty, which is more important.

Jack, like Dean Cain’s Mason Danvers in Vendetta, can luckily be attacked by but defeat scores of prisoners and guards (all out to get the $100,000 Balam puts on his head) in hand-to-hand combat. He does get some pretty impressive assistance from trustee William (Dolph Lundgren), who is undercover and trying to bring down the prison’s corrupt warden, and female prisoner Alena (Danielle Churchran), who is not only brave and resourceful and a great fighter in her own right, but is also pretty, which is likely to be more important.

I couldn’t possibly disclose the outcome of this epic battle, but I will say this: How is it that a Russian mobster can arrange hits on the outside, can control prison wardens, can list law enforcers and lawmakers amongst those on his payroll… but can’t arrange for one undefended bloke to be knocked in his own prison? 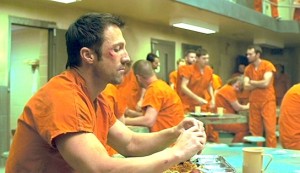 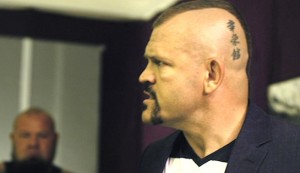 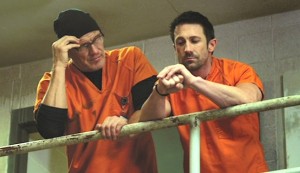 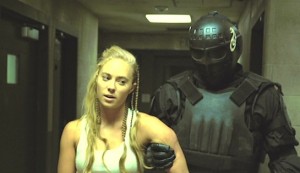