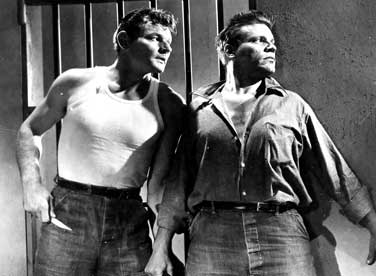 Prisons are all about finding a suitable balance between things that inevitably seem to be in conflict. The individual’s needs versus the system’s needs. Security versus rehabilitation. Cost effectiveness versus quality. Etcetera. And this classic riot movie exemplifies all those inherent conflicts – from the most visible (prisoners creating disorder in opposition to order) to the more subtle (yet bitter) disagreements at the most senior levels about how prisons ought to be run… and how a riot ought to be controlled.

Filmed at Folsom Prison with scores of prisoners as extras, this is a much more insightful film than the title might lead you to believe. The context is provided in a documentary-style beginning; riots are sweeping the country as prisoners protest against breaches of their civil rights and against poor conditions and harsh treatment.

In Cell Block 11, the prisoners have had enough. It’s a cell block reserved mainly for the tough end of the system; hard men, madmen, but also a few for whom another bed can’t be found anywhere else in the overcrowded 4,000-bed prison. Plus an ex-Colonel who doesn’t seem to fit in anywhere. Led by the charismatic James Dunn (real-life charismatic war hero Neville Brand), they con a novice guard, Monroe, into opening a cell at night, knock him out and take his keys. Within no time they have overpowered the other three guards on the block, and take it over.

At the helm of the prison, Warden Reynolds is a tiny bit conflicted himself. For years he has been speaking publicly about the need for better conditions (for staff and prisoners), recognising that there is no benefit to the community in putting angry, brutalised men back on the streets when their sentences are up. And that the way to prevent riots is to improve those conditions. So when Dunn reads the prisoners’ list of demands to the assembled media (their presence being the first demand agreed to), the Warden is somewhat sympathetic.

But he is not backed by the legislature; the Governor and his emissary, Commissioner Haskell (Frank Faylen) don’t want to be seen to be going soft on prisoners, let alone rebelling prisoners, or to send a message to all the other jails that if you take some guards hostage (the number here having grown from four to nine with another cell block weighing in with its own little rampage) then the State will negotiate and make concessions… with no reprisals.

Dunn faces his own leadership crises.  He struggles to control his chief backer, ‘Crazy Mike’ Carnie (Leo Gordon), who is itching to up the ante and harm the hostages. Dunn urges, but can’t convince, the Colonel to assist him; the Colonel, like many others, believes in the demands, but doesn’t approve of such drastic methods. Others fear reprisals and want it all to end. When Dunn is set upon by those who oppose him and retires to lick his wounds, Carnie threatens to take charge. The moderate voices drag Dunn back into the fray, just as state troopers prepare to blow up the cell block, with the hostages still inside.

In the nick of time, an agreement is reached. The prisoners claim victory, the hostages are alive… and the bigger questions emerge: will the accord stick, will anything change, will there be reprisals, will it have been worth it? It’s all very real.

For these reasons and more it’s an important movie. The portrait of Warden Reynolds is one of the more compelling in the genre. He’s seen it all before, but is not immune from the human side of his job. He, too, is at odds with his political masters. He knows that the conditions under which his prisoners are held are not fit, and has campaigned unsuccessfully for changes. Then during the riot he has also fielded desperate phone calls from the wives of the hostages, and cannot bring himself to view his guards as commodities to be expended in the pursuit of a quick, bloody resolution. In the end, one suspects, his humanity will cost him his job.

On the prisoners’ side, the film ably picks away at the riotous mob and exposes the tensions within its collection of individuals with different backgrounds and hopes and motives, all caught up in a situation none of them can adequately control. There are the psychopaths and dangerous men and those out for revenge, but there are also the mentally-ill, and kids, and those coming up for parole and those who aren’t disgruntled and don’t want any part in it. 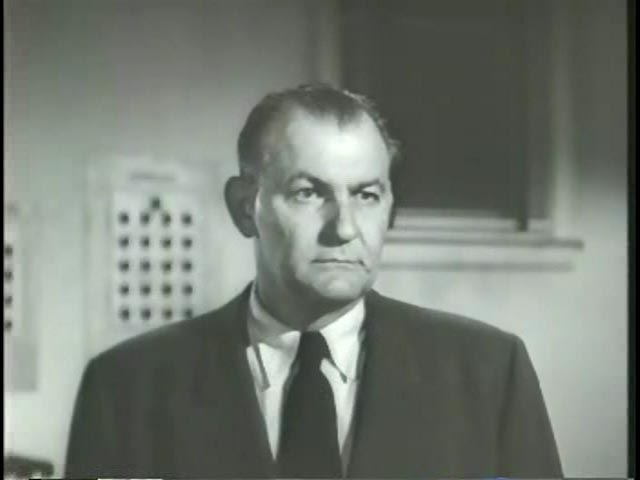