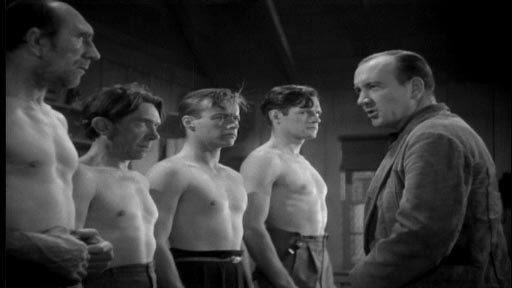 The last two prison movies I’ve watched have been Riot (1969), in which there really isn’t a riot, and Road Gang, in which there are no gangs working on roads. It’s a confusing world.

Jim Larrabie (Donald Woods) has just written an exposé of the corrupt dealings of a local Southern politician, JW Moett, and has interested the Chicago Sun enough in the story for them to publish it and offer him a job. The article is not well received by Moett, or Jim’s fiancée’s step-father, George Winston (Henry O’Neill), who is Moett’s friend and lackey.

As Jim and his buddy Bob (Carlyle Moore Jr) head north towards Chicago, they are arrested on trumped up larceny charges, and are preparing to spend the night in the hoose-gow when a desperate armed criminal busts out of their cell, bludgeons the jailer, takes our two heroes hostage and forces them to drive him from the scene in Jim’s car. Their new companion shoots and kills another pursuing Policeman before being shot dead himself. The Police do not believe Jim and Bob’s account and implicate them in both the escape and the murders.

Jim’s fiancée, Barbara (Kay Linaker), is about to arrange for the family’s lawyer to defend them, but is double-crossed by her step-father and Moett – who get to the lawyer and ensure that the boys plead guilty to minor charges but get locked away for 5 years, effectively preventing any further nasty stories in the press.

The prison to which they are sent is harsh. The men toil in the sun all day, trying to reduce a mountain to rubble (for roadworks maybe), and when Jim protests about the lack of compassion shown to his flagging friend (whom a guard has kicked for fainting and asking for water), he is strung up overnight. Another prisoner is given 20 lashes and sent to the Blackfoot Prison Mines as punishment for trying to escape. Bob can take it no longer and makes a desperate rush for the electrified fence – which is turned on just as he hits it; 11,000 volts and no more Bob.

When Jim is subsequently caught trying to smuggle out a letter to Barbara on a visit (complaining, naturally enough, about the treatment of prisoners), the contents of his missive are immediatley relayed to her step-father and Jim is quickly removed to Blackfoot – where he will be forced to survive among the very worst prisoners.

Moett has installed Barbara’s step-father as the prisons chief to shore up his position, and Jim’s chances of getting justice look decidedly grim. But Barbara and the Chicago Sun are finally able to interest the Attorney-General in the case, and he issues a writ of habeus corpus. The Warden of the Blackfoot Mines has clear instructions from above and has no intention of delivering Jim to anyone. He arranges for a mishap to occur to Jim down the mine, but the prisoners get wind of it, take the guards hostage and demand to be brought up – with Jim.

The Warden is not at all troubled by his staff’s sticky situation and promptly throws tear gas canisters down the shaft. The prisoners blow a hole in another part of the mine and escape into the fresh air to confront the Warden. A safe-cracker is duly dispatched to get hold of the prison records; Jim is exonerated, Moett is indicted, justice prevails, and Jim and the loyal Barbara get to snog on a plane. Hooray!

Road Gang is sometimes linked to I am a Fugitive from a Chain Gang (1932), but there is little comparison – other than that they come from the same era and both speak of the brutality of prison work camps. The real villains in Road Gang, however, are not so much the inhuman prisons as the corrupt politician and his cronies who pull the strings; the prisons get off relatively lightly. 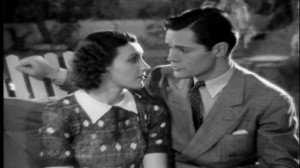 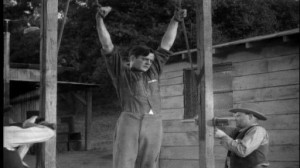