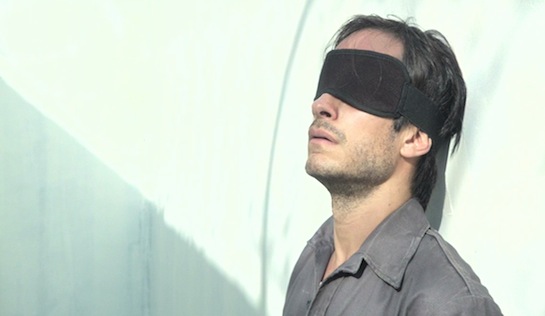 I find that the problem with many movies that aren’t about prison, but are set in prison, is that they just aren’t enough about prison. That’s not a problem here.

Jon Stewart’s first foray into film directing traces the true story of Maziar Bahari, the Iranian-born Newsweek journalist who was arrested and held in Iran’s Evin Prison, accused of being a spy. He was held in solitary confinement and interrogated for 118 days before, bowing to mounting international pressure, the Iranian authorities released him – just five days before the birth of his first child.

Stewart also has a dog in the fight, given that an interview that Bahari did with The Daily Show’s Jason Jones formed part of the evidence used against him by the Iranians, who took the satirical piece a little literally.

In the film, Bahari (Gael García Bernal) promises his pregnant wife that he will only be away in Iran for a week – doing some interviews in the lead-up to the June 2009 Presidential election between the incumbent conservative Mahmoud Ahmadinejad and his opponent, the moderate, reformist Mir-Hossein Mousavi… and seeing his mother. But he gets caught up in the groundswell of support for Mousavi, particularly in the demonstrations that followed the declaration that Ahmadinejad had won with 62% of the vote, and is arrested at his mother’s home, where his possession of some alcohol, a Leonard Cohen record and a copy of a Maxim magazine (the most risqué of several items described as “porno” by the chief interrogator) are all evidence of decadence and working for Jewish interests and the US.

He is removed to Evin Prison, blindfolded, placed in solitary and subjected to interrogation by an angry, sexually-repressed agent, Javadi (but known to Bahari only as ‘Rosewater’, by his scent). Javadi has been instructed not to use his fists on Bahari because they want him in good shape to face the TV camera, where he is expected to make a full confession of his spying activities and admitting that his journalistic accounts deliberately ignored the truth. Refraining from violence clearly takes Javadi out of his comfort zone.

Bahari is alternately reduced to close to breaking point, and then strengthened by imagined conversations with his late father, who had been a Communist imprisoned in the time of the Shah, and his late sister, who had been imprisoned for her opposition to the Ayatollah Khomeini’s regime. He survives, obviously.

This is far from the most brutal interrogation film around, and indeed Javadi’s non-physical interrogation is a little clumsy… only starting to make an impact when he plants the idea in Bahari’s head that his wife and mother have forsaken him. Bahari even gains some strength by playing with Javadi’s poorly concealed fascination with all matters sexual; the humour in this (not unexpected, given Stewart’s involvement) makes the torture less harrowing.

As a glimpse into the mindset of the Iranian authorities in Ahmadinejad’s time, and a portrayal of an innocent man’s story of being wrongly held in a foreign jail (and tortured), it is a solid offering. While it has much more to say as a political prisoner under interrogation movie than a prison movie, that in no way diminishes it. 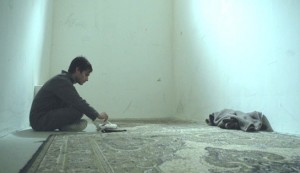 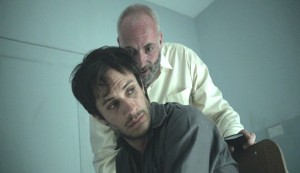